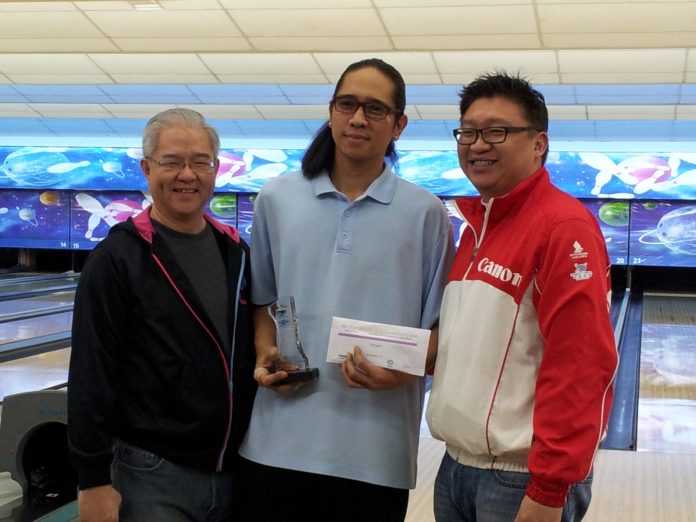 PEARL BOWLING CENTER, Pasay, Philippines – JD Castro strung twelve strikes in a row in front of a shocked crowd during the semi-final round of the 15th PBAP International Invitational Classic. Castro’s first perfect game in the international arena was also the only perfect game registered for the championship. Castro’s performance overshadowed a superb outting by local bet Apple Posadas who punched eleven strikes during the match only to feel the disappointment of a 279 game falling victim to a perfect game during the semi-final round of the Classified Division.

Castro finished the three day qualifying event of the Classified Division as the top performer establishing the pace early in the program. However during the eight game finals round Castro finished behind Posadas and top seed Benjamin Hong of Singapore. As the third seed, Castro needed to beat the top qualifier in must beat twice format finale. Hong took the early lead after Castro’s pin ten miss coupled with a pocket 7-10 leave. Castro was able to regain his composure as he strung strikes from the fifth to ninth frame closing the gap on Hong who missed a split leave on the eighth and fill frame of the match ending with a 228 tally. Castro was forced to strike on the tenth frame, but a pocket pin eight leave handed the match to the top seed as Castro was only able to muster 225 pins.

In the Open division, Castro placed 6th in the qualifying round and 15th in the finals with a 214 average while Jonathan Duenas qualified in 23rd place. Duenas performance midway through the finals pushed him to fifth place before succumbing to non-carry dropped him back to 17thplace with a 213 average.

Joey Miranda III qualified in tenth position after the three day event and slipped to 14th place in the finals of the Classified Division.