As part of Giving Tuesday, one non-profit organization spread generosity by having an islandwide food distribution from their headquarters in Barrigada.

Catholic Social Services on Monday distributed 1,000 food bags to help those in need during the pandemic.

According to Catholic Social Services Executive Director Diana Calvo, though the distribution was to start from 9 am to 4 pm, as soon as the staff came in the office at 7 in the morning, cars were already seen lining up, stretching all the way to the post office.

“We had already been prepped, the only thing that delayed us from delivering earlier was waiting for the delivery of bread to add to the product. So when the bread came, we started the distribution,” Calvo said.

She added: “During this COVID period, there’s a high percentage of food insecurity because people have lost their jobs or had their hours reduced. And so, we know that there are people who also can make use of food.”

GPD and the US Airforce National Guard were also present to aid in food distribution and traffic control.

The 1,000 food bags distributed contains the following: a combination of canned and dry goods, fresh produce, eggs, fruit, and bread.

Calvo adds that even after Giving Tuesday, residents can still contact Catholic Social Services as their pantry is open on a daily basis. They will also continue to deliver food to families who don’t have transportation every month. 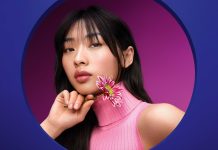 A fight to Help those with Dementia 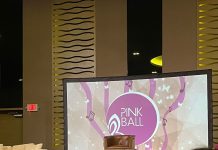 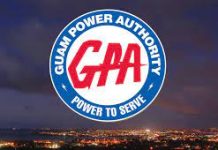 Island Residents can Expect more Power Outages in the Future