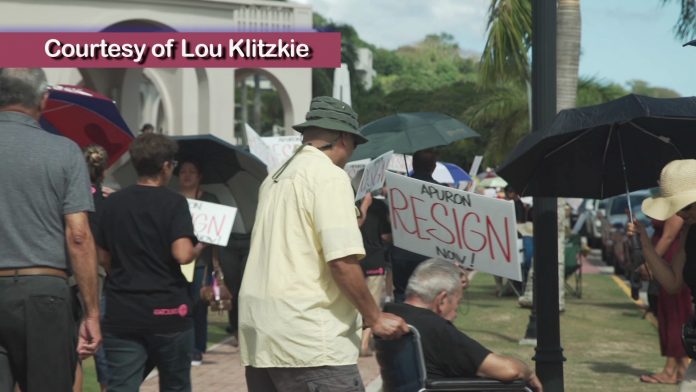 Walter Denton says he attempted to meet with Archbishop Hon but was ignored.

They showed up by the dozens at the Cathedral Basilica yesterday morning and in the afternoon, they picketed in front of the Hyatt Regency Guam where a gala was being held for the Archdiocese.

“My message to the archdiocese and to the newly appointed archbishop, apostolic administrator. I am asking the archdiocese to support the people of Guam, to have Apuron, Archbishop Apuron to resign his position as the archbishop of Guam and also to reach out to the families, to the victims; to show them that you care and that you wanna make changes within your archdiocese. That’s what I’m hoping he can do because he has not reached out to any of us yet,” explains Denton.

Denton has since returned to Arizona but he says he plans to move back to Guam sometime in the near future.