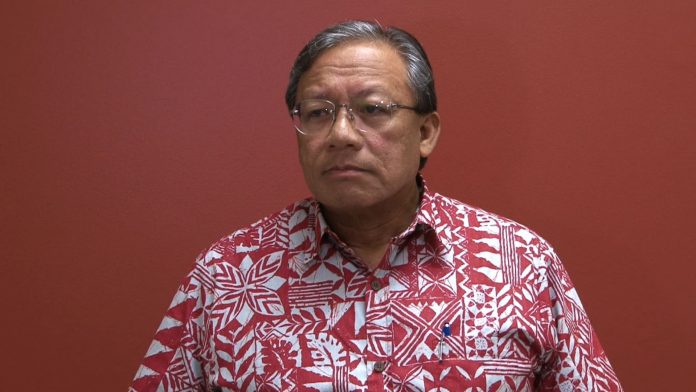 The Concerned Catholics of Guam is responding to Archbishop Savio Hon Tai Fai’s announcement last week in which he requested that the RMS Corporation “rescind and annul” the controversial deed restriction.

Guam – The Concerned Catholics of Guam is preparing to take the Redemptoris Mater Seminary Corporation to court if they don’t budge on signing over a deed restriction that would give the property back to the control of the Archdiocese of Agana.

CCOG President Dave Sablan is responding to Archbishop Savio Hon Tai Fai’s statements he made last week in which he acknowledged that the RMS property was, in fact conveyed over to the Redemptoris Mater Seminary Corporation, an organization not affiliated with the Archdiocese of Agana.

In fact, Archbishop Hon revealed that the Vatican had known about this dispute more than a year ago and ordered Archbishop Anthony Apuron to rescind and annul the deed restriction.

“Unfortunately, Hon’s announcement also falls short of actually getting back the property from the RMS corporation, which currently owns it under Guam law,” says Sablan.

As it stands, the only people who have the power to return the RMS property, which is valued at anywhere between $40 million to $75 million, are the signatories on the deed restriction—the board of directors of RMS and then the board of guarantors, which include, among others, Archbishop Apuron and Guissepe Gennarini, who is considered the man responsible for spreading the Neocatechumenal Way in the US mainland.

“We ask, ‘Will the board of guarantors and the board of directors of the RMS corporation do the right thing and return the property to the Archdiocese of Agana?’ Archbishop Hon and his chancery must follow up and get those documents signed and take ownership and control of the property,” says Sablan.

In previous interviews with PNC when Gennarini visited Guam, he denied ownership of the RMS property and insisted that based on an amended deed restriction, the property was still in the control of the Archdiocese of Agana. If Gennarini and other signatories don’t heed the call of Archbishop Hon to return the property, Sablan says they will take the Gennarini’s to court.

“Well Archbishop Hon is just appealing to their good graces to just sign the documents and send it back without having to go to court. He says ‘without litigation’ and so if he is successful then we don’t have to go to court,” notes Sablan, adding that the CCOG already has two potential attorneys working on the case.

Despite Archbishop Hon’s request for the signatories to deed the property back, Sablan continues to express some doubt in Hon’s actions, especially in light of the fact that the Holy See had instructed Archbishop Apuron to rescind and annul the deed restriction over a year ago.

“But what’s disturbing with Archbishop Hon’s statement is, if the Holy See knew about this more than a year ago, it follows that he also knew about it since he had CCOG’s report on this matter. And when he arrived here, he would’ve found out that Archbishop Apuron did not do anything about this for more than a year. Thus it begs the questions, ‘Why didn’t Archbishop Hon admit this after he arrived on Guam?'” says Sablan.

The Archdiocese of Agana released a statement following Sablan’s press conference, saying, “Archbishop Savio Hon Tai Fai, SDB issued his message of Thursday, Aug. 18 in the spirit of great hope and collaboration with all Catholics. The Church will update the Faithful as it progresses in this area.”