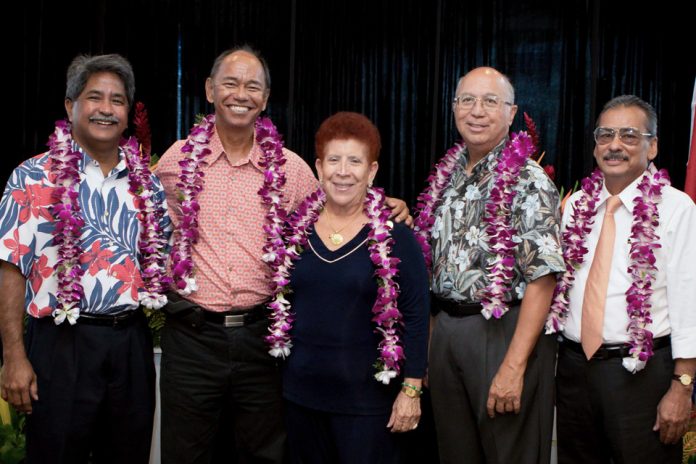 Guam – Four CCU commissioners will meet tomorrow night to discuss the financing options for the construction of the Guam Power Authority’s newest generator.

Two members, Joey Duenas and Judith Guthertz, are pushing for business as usual: utilizing the Build-Operate-Transfer model that GPA used for its past four projects. Duenas told Newstalk K57 listeners this morning that B-O-T has already been adopted by the Consolidated Commission on Utilities and approved by the Public Utilities Commission.

On the opposing end, Commissioners Simon Sanchez and Francis Santos are advocating for the addition of a “finance flexibility clause.” This provision would allow GPA to avail of its investment-grade credit ratings and consider paying for the construction themselves.

On Mornings with Patti today, listeners heard from both sides of the story. Sanchez says the opportunity to shop around and negotiate for the best rates could potentially save the GovGuam department tens of millions of dollars. He cites the recent 4.1% interest rate GPA was offered during their refinancing last November that could only be attributed to the agency’s decades of diligent loan-paying.

Duenas came on air slightly later, touting the benefits of the B-O-T system. Namely, that while the unit is still an asset of the private company that built it, all risks and malfunctions would be at the expense of that private operator, not on GPA or its rate-payers.

The fifth member of the CCU, George Bamba, has recused himself from tomorrow night’s discussion because of a potential conflict of interest.

Commissioner Duenas told Patti that despite the even 2-to-2 split, he is confident that a decision will be made by the end of the meeting.

You can listen to the interviews with Commissioners Simon Sanchez and Joey Duenas at k57.com.