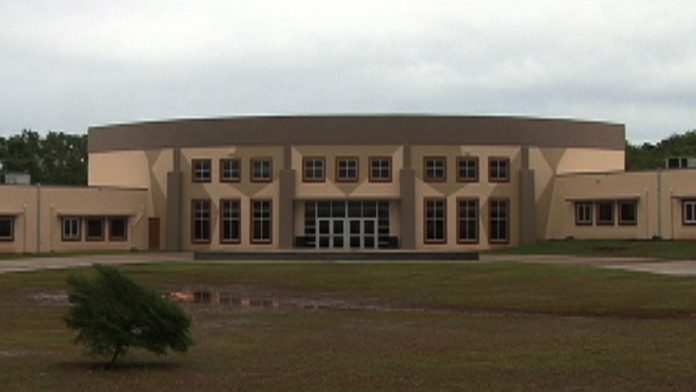 DOE faced lawmakers at an oversight hearing this week where they provided updates on several projects. One of them was the installment of solar panels for four lease-back schools. DOE is still awaiting CCU’s approval.

Guam -Consolidated Commission on Utilities Commissioner Simon Sanchez says they’re still undecided about giving the Guam Department of Education’s the approval to install solar panels at four schools because they don’t know if it would really save DOE money.

Sanchez says although they received the formal letter from DOE in early September, they’re still in the process of reviewing. However, they share one concern: whether switching to solar would save DOE money or cost them more. He says, “That would be a challenge for DOE, we’re just GPA. If they want to sign a contract that charges them more or saves them less, that’s up to them. That’s on the things is emerging for us as we review it is that ‘okay this is making a proposal at a time where oil is very low cost so will it really save DOE that money’?”
On the other hand, GDOE Superintendent Jon Fernandez says switching to solar energy would be more environmental friendly, teach students about technology and how to conserve, while also saving DOE money. Fernandez says through the power purchase agreement, they would install solar panels to Okkodo High School, Astumbo Middle School, Adacao Elementary School and Liguan Elementary School.
He explains, “I hope they do approve it. I’m not sure they’re in a better position to project the price of oil for the next 25 years. This is just four out of 41 schools. I think it’s time we look at alternative energy not just for the cost savings but the good of the environment. I know they’re very supportive of looking at those options too having implemented a solar farm themselves so again just asking the approval. I’m pretty glad they’re concerned about cost savings, that’s our concern as well, but no one has a crystal ball of how the price of oil will fare in the future.”
However, Fernandez says, they have an exit plan just in case oil prices drop dramatically over the next few years. He explains that they built into the contract the option of exiting out on purchasing solar panels.