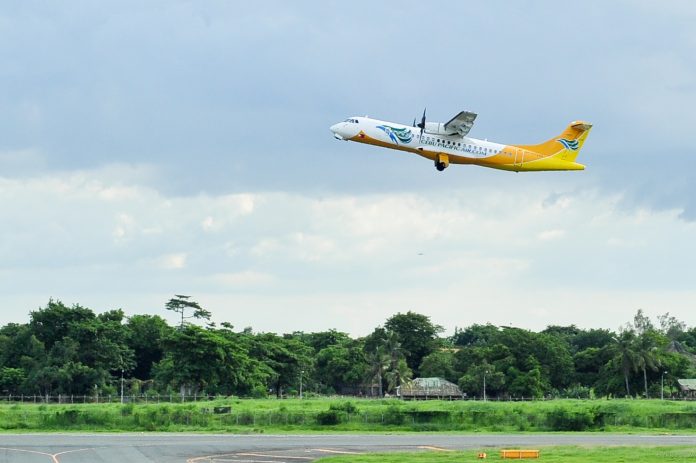 Cebu Pacific is for everyJuan.

Guam – “I just want to know, do we have anyone here who has not been to the Philippines yet?” said Director-Passenger Sales at Cebu Pacific Air Arlene Tena.

Just earlier this week, one of Philippines’ leading airlines Cebu Pacific launched four times weekly flight between Manila and Guam, which is also their first U.S. destination. Cebu Pacific’s Guam route operates every Tuesday, Thursday, Saturday, and Sunday. And if you haven’t seen one of their crazy deals advertised yet, Cebu Pacific offers a flight from Guam to Manila for as low as $40.

Lt. Governor Ray Tenorio, who was also in attendance at the gala, said, “We don’t have to worry about asking for a discount because at $40. That’s like two people going out to dinner. It’s as cheap as it gets. That’s just what Guam needs. It opens up opportunities for everyone to be able to fly and as you know the fantastic hospitality in the Philippines is emulated throughout the entire island.”
Cebu Pacific General Manager for Long Haul Division Alex Reyes stated in a release that March is a great month for the company with the inaugural flight from Manila to Guam coinciding with the Cebu Pacific’s 20th anniversary. One of Cebu Pacific’s goals is to make traveling to and from the Philippines affordable, whether it’s to visit family and friends, go shopping, get a medical check up, or go island hopping in the PI.
Philippine Consul Edgar Auxilian expressed excitement stating that the new flight service to Guam will lead to a better relationship between Guam and the Philippines. He said, “We believe the launch of Cebu Pacific’s first route boosts our efforts to strengthen economic relations, trade, and investment opportunities not just with Guam but other Pacific Islands as well. We look forward to seeing more Filipino tourists coming to Guam and more cargo traffic of Filipino products.”