Guerrero will be joining CEDA from First Hawaiian Bank in Saipan, where he serves as the bank’s Assistant Vice President – Commercial Banking Officer.

As EDM, Guerrero will be tasked with generating investments and driving economic development for the Marianas. He will officially join CEDA next week Monday, April 18 and will work with the Board of Directors and the Executive Director to identify and secure investments for the CNMI locally and abroad.

Guerrero holds a master’s degree in economics from California State University, East Bay. He has also worked at various stateside and local financial institutions – Wells Fargo at its headquarters in San Francisco, California; Franklin Templeton Financial Services Corp.; and Bank of Guam. Guerrero has been in the finance industry for more than 15 years specializing in anti-money laundering, fraud, compliance, operations, sales, loans, and investments.

Below is the press release in full: 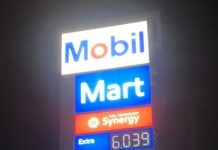