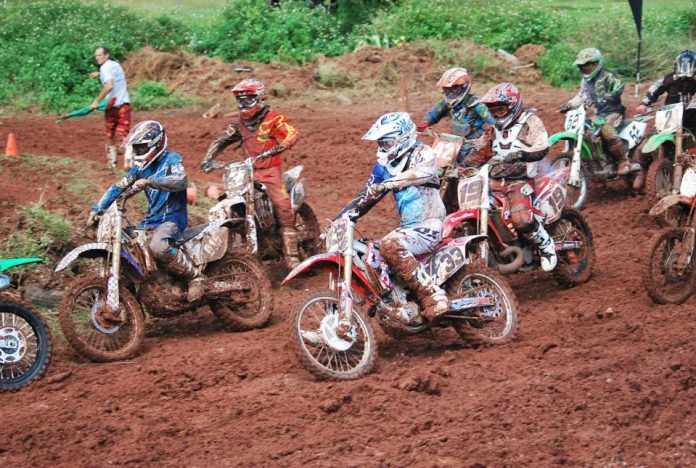 Guam – On Sunday the Monster Energy Guam Motocross Championships series took it’s bar banging action to the southern village of Umatac for round 2 of the twelve round series.

The course, located directly within the village, next to the iconic Umatac Bridge, was prepared by Bobcat Guam and GTR Motorsports. With Mother Nature always the great equalizer letting loose with a hard wind blown deluge of rain just prior to the morning practice the competitors were all in for quite a challenging day.

With the newly added Shell V-Power Hole Shot Award at each of the twelve rounds, the drag race at and from the start by all the competitors was once again intense but made even more so due to the quagmire of mud in which the entire course had become, brought on by the heavy rains that morning.

The main event for the Open Motorcycle class was a ten lap lesson in survival, where the goal appeared to be who could pick up their machine and get restarted the quickest. Grabbing the Shell V-Power Holeshot was Kawasaki mounted Shawn Aguilo. He was able to hold onto the lead for several laps before being passed by both #2 Jonathan Tye Lizama on a Kawasaki and #42 JR Cepeda also on a Kawasaki.

Lizama, back in action after a several month break from racing, was flawless in the conditions and was completely at home in the overwhelming conditions. Cepeda,  running in second, was on the throttle and doing his best to charge after the leader Lizama. With a large crowd gathered around the course Cepeda put on the challenge for the lead but at the checkers it was Lizama with the win, Cepeda second and Aguilo held on for a podium third.  #33 Jake Jones taking fourth on the Triple J supported Honda, and #59 Caleb Barretto taking fifth rounding out the top five on the team Cycles Plus Kawasaki. #915 Anthony Ignacio Yamaha, #3 Jacob Einloth Yamaha, #12 Deven Castro Yamaha, #19 Zachary Chang Honda, and #52 David Yamasta took sixth through tenth respectively.

After two rounds held thus far #42 JR Cepeda with 86 points has taken over the championship points lead from #59 Caleb Barretto who has 82 points. With a dozen contenders easily within grasp of the championship lead each round promises to be more and more exciting as riders bang and bash their way around each of the events.

In the Open Kids Mini Bike class #14 Andrew Ignacio took his Yamaha to another two heat sweep collecting the Shell V-Power Holeshot on his way to the finish. #17 Rowen Pereira survived the carnage that saw more machines laying in the mud at any given time than up on two wheels to take a well earned second. #26 Paul Castro took his new Honda mount to a third place finish with #10 Suzuki mounted Deven Manibusan, #12 Stoney Bucek on a Cycles Plus Kawasaki, and #29 AJ Windham on his Yamaha placing fourth through sixth respectively. 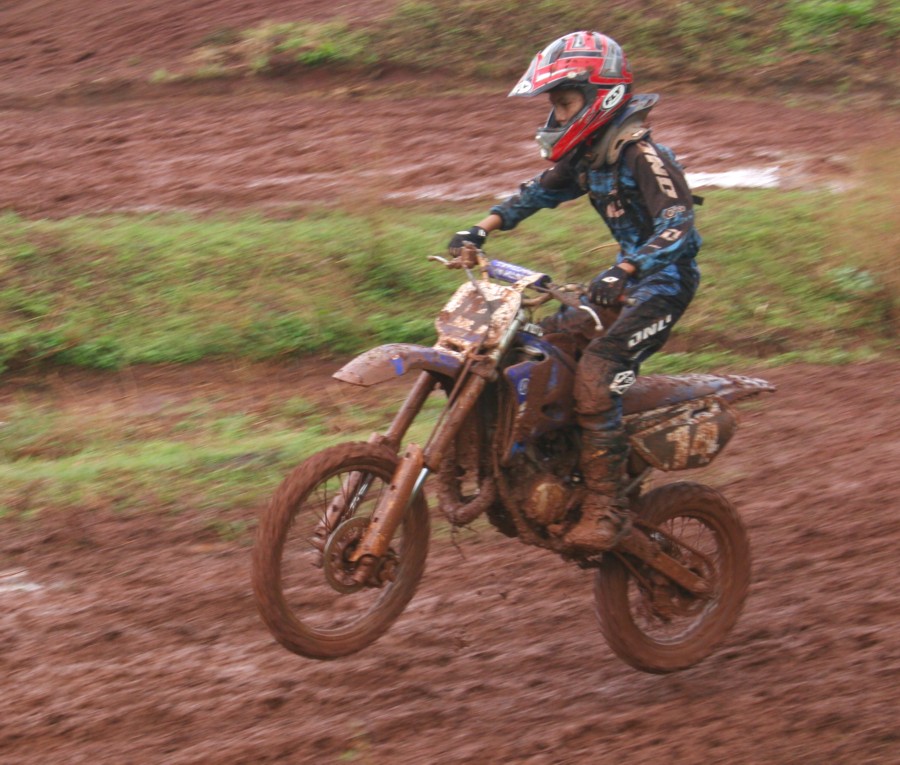 After two rounds Ignacio has a perfect points score of 100 over #26 Paul Castro who sits in second in the championships with 69 points. With the mini bike ranks growing and ten more rounds of racing yet to be fought Andrew Ignacio even with his perfect sweep so far will need to keep up his guard if he hopes to secure his first Monster Energy Guam Motocross Championship.

In the Open atv Andy Painter put on a flawless ride sweeping both of the heats to take the win over #9 Ramon Torres who placed second. Painter also collected the Shell V-Power Holeshot Award for that class and currently leads the championship with 50 points over Ramon Torres with 22 points. 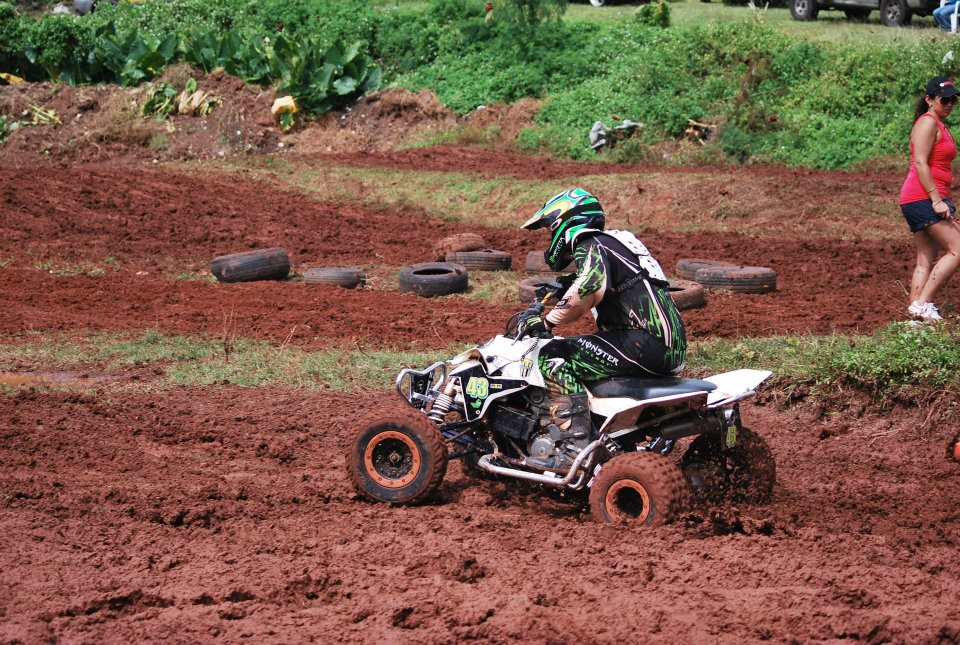 #16 Rico Pereira took his Honda to a first place finish in class over #15 Matt Guzman who took a second place finish.

#2 Jonathan Tye Lizama came from a mediocre start to blaze his Kawasaki up to the front to take the win in the 450cc motorcycle class. Taking second was team Cycles Plus #59 Caleb Barretto on a Kawasaki with #19 Zachary Chang on a Honda placing third.

Round 3 of the Monster Energy Motocross Championship Series will take place on March 11th in the southern village of Umatac as part of the Discovery Day celebrations. The racing will continue this Sunday next to the Umatac Bridge and is scheduled to begin at 11am. It’s free to come and watch and everyone is invited. Special thanks to RPM Yamaha, GTR Motorsports, Cycles Plus Honda, Kawasaki, Suzuki, Hawaiian Rock, Shell V-Power, Bobcat Guam among many. For more information visit http://www.AtvMotocrossGuam.com or call the Public Information Officer for the Guam Racing Federation at 727-5381.