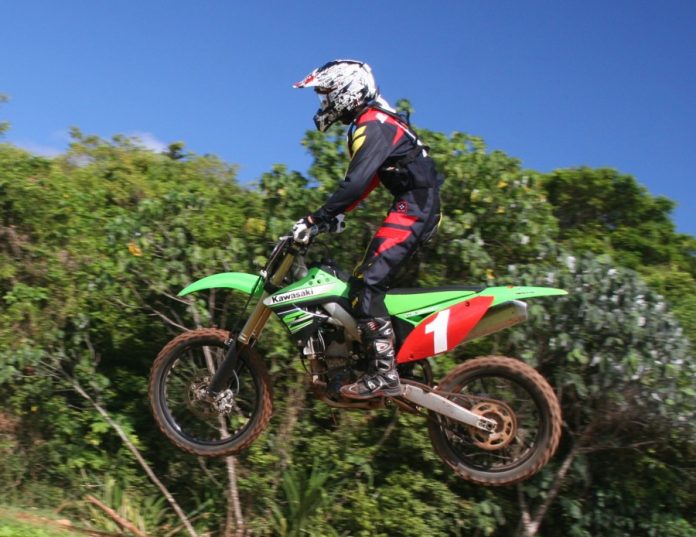 Yigo, Guam – The sixth round of the twelve round Monster Energy Guam Motocross Championships was held this past Sunday at the Guam International Raceway in Yigo under ideal weather and course conditions. Racing got started at 1pm and included several classes in both the motorcycle and atv divisions.

With several top riders still out with injuries it has been up to a crop of new contenders to try and attempt to slow down the locomotive known as JR Cepeda. In the Open Motorcycle class reigning champ and current championship points leader #1 JR Cepeda made easy work of the rest of the full field of competitors as he easily led from start to finish to take the round win. Cepeda campaigning aboard the Johnstone Supplies supported Kawasaki was able to pull an entire lap ahead of the rest of the class exhibiting complete dominance of event. Taking second was #3 Yamaha mounted Jacob Einloth with #98 Marshal Vawter jr also aboard a Yamaha taking third. Rounding out the top ten respectively were #73 Gary Camacho Yamaha, #44 Brent Nulliner Honda, #332 Steven Turo Yamaha, #717 Dave Dunn Yamaha, #75 Jeff Rios Honda, #15 Matt Guzman Honda, and #19 Zachary Chang Honda.

After six rounds of twelve completed JR Cepeda tops the standings with 287 points over Jacob Einloth who has 220 points and sits in second. Marshal Vawter Jr in third with 188 points rode strong during the sixth round of the series. With six rounds remaining Cepeda has a full race lead in the standings and is in route to claiming his second Monster Energy Guam Open Motorcycle class championship possibly early.

Round six of the twelve round Monster Energy Guam Motocross Championships saw the return of #14 Yamaha mounted Andrew Ignacio the reigning Open Kids Minibike Monster Energy Guam champion. Andrew from the start reapplied the skills that he had displayed in 2012 that had earned him the Open Kids Minibike championship as he took the lead and set a blistering pace. Ignacio was in a class of his own as he took the round sixth win. Taking second was Cycles Plus team rider #2 Stoney Bucek aboard a Kawasaki with #8 Ethan Camacho on a Yamaha in third. Rounding out the top ten were as follows #88 Ry’niko Camacho Kawasaki, #111 Ethan Manibusan Honda, #12 Yuna Song Suzuki, #25 Ethan Turo Kawasaki, #50 Owen Turo Honda, #24 Ray Ray Manibusan, and #11 Sasha Song Kawasaki.

With his second place finish Stoney Bucek after six rounds completed takes over the points lead in the Open Kids Minibike with a total of 229 points from Rowen Pereira who sits in second with 219 points. Ethan Camacho holds onto third with 207 points. 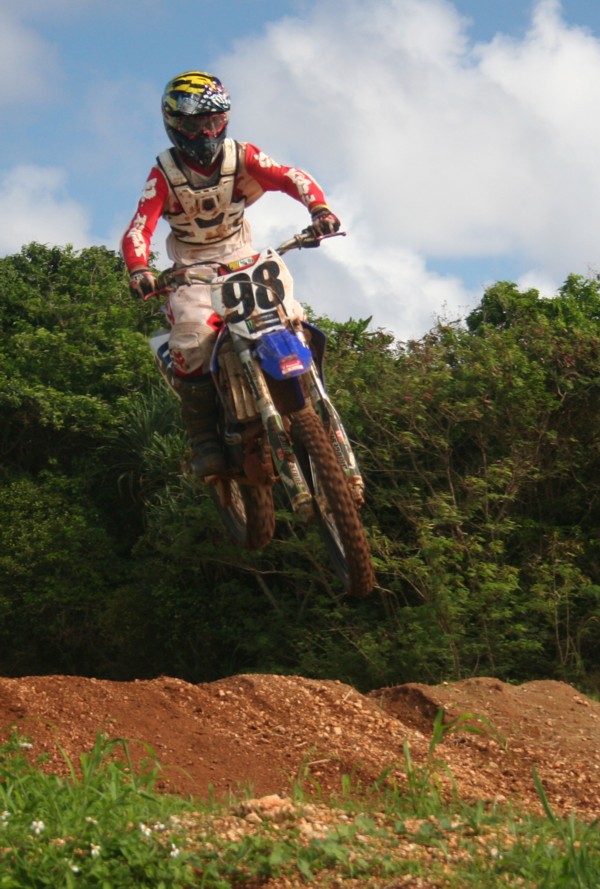 In the Open Kids Mini Atv class #6 Collin Ray Cruz on a Drx extended his points lead in the championship by taking first over #70 Owen Rios on a Drx and third place finisher #66 Damian Manibusan also aboard a Drx. Placing fourth was Drx mounted #646 Ema Song.

Collin Ray Cruz has built up a total of 291 points over second in the standings Victoria Clark with 186 points and Owen Rios in third with 168 points. Collin Ray is two full races ahead in points and easily looks to be on his way to his first Open Kids Mini Atv Monster Energy Guam championship.

Round 7 of the 12 round 2013 Monster energy Guam Motocross Championships will take place this coming Sunday May 26th to be held at the Guam International Raceway in Yigo. The racing starts at 1pm with the admission being free to come out and watch. Special thank you to Bobcat Guam, Pine Rental,  GTR Motorsports, Cycles Plus, RPM Yamaha, Hawaiian Rock, Smithbridge, DCK, Rocky Mountain Precast, and to all the GIRMAC volunteers for all their support.