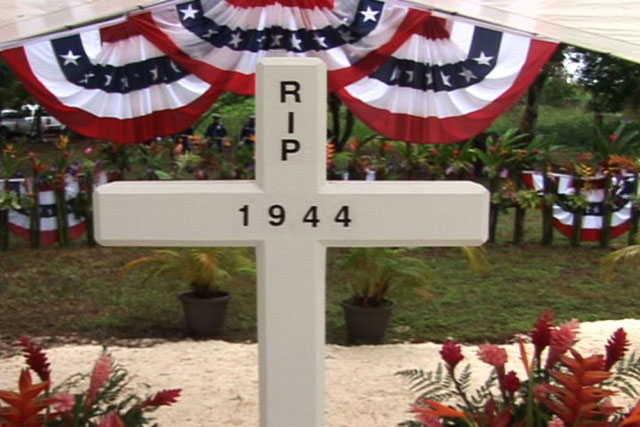 Guam – Island residents paid tribute to the victims of the Chagui’an massacre Monday in Yigo at the site of the tragedy where it happened 70-years ago.

During the 1944 liberation, as U.S. Marines were making their way inland, 45 chamorro men were taken from the Manengon concentration camp to a Japanese command post in Chagui’an Yigo where they were beheaded by Japanese soldiers.
Maines later discovered the dead. but the massacre site was forgotten  until it was recently re-discovered by a group from UOG.
Since then the village of Yigo has paid tribute to the victims with a special memorial service.
A memorial mass will also be held in August in honor of those who died here.