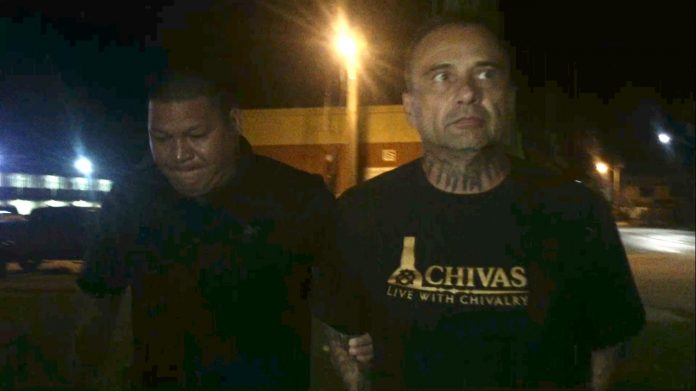 Guam – A 52-year-old man is facing attempted murder charges in the stabbing of a victim who was taken to the Guam Regional Medical City Friday.

Kenneth Michael Reyes was charged with attempted murder, aggravated assault, assault, reckless conduct and use of a deadly weapon on the commission of a felony.

Guam Police Department Spokesperson Capt. Kim Santos says the initial report from the victim was that he was stabbed by two strangers as he was walking along Ysengsong Rd. in Dededo Friday evening. Santos says police attempted to locate the two suspects but they were unsuccessful.

During the course of the day Saturday, however, Santos says that in follow-up interviews with the victim, he identified Reyes as his attacker.

“Investigations led the Mandana Drug Task Force, Criminal Investigative Division detectives, SWAT and K9 personnel to execute a search warrant at a Chalan Pago home where witnesses, evidence and the suspect was located,” notes Santos, adding that, “he is the only person responsible in the stabbing incident.”

Reyes was booked and confined.