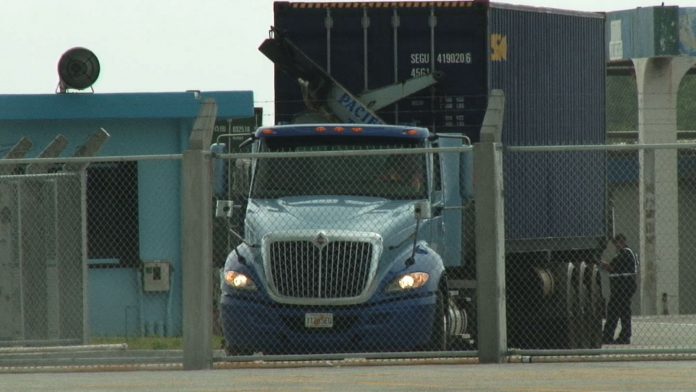 This law which goes into effect next week will limit the weight of large trucks on Guam’s roadways. The idea is that the weight limit will help prevent Guam’s roads from further damage. However, Guam Chamber of Commerce Chairman Bobbi Shringi says that several member businesses of the chamber are concerned that this will result in more expenses. Lower weight limits on trucks means smaller loads and more trips to transfer products and materials. This means a higher cost of doing business which usually means the cost will be passed on to consumers.

“The largest concern that a lot of these business folks have is that because there are new regulations on weights and measures because of the fact that it’s gonna require smaller weight limits more routine trips with moving your cargo it’s eventually gonna outlay into higher costs and those costs would of course be like just like any other cost whether it’s a tax or in this case a citation cost or an operational cost it’s going to obviously be transferred into the ultimate cost of goods,” said Shringi. Shringi says their members were hoping for some form of moratorium or delay on the start date of the implementation of the new law.