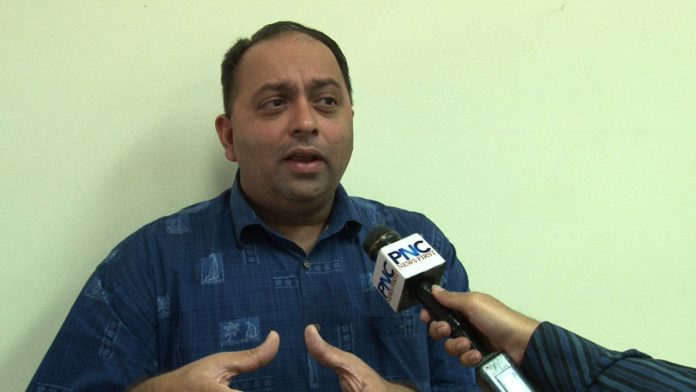 Guam – In response to the impending fiscal crisis, yesterday(Weds.) Governor Eddie Calvo proposed a bill that would raise the BPT or GRT from 4% to 6%. Speaker B.J. Cruz proposed raising it by only 1% and cutting GovGuam salaries. Meanwhile the Guam Chamber of Commerce says any increase to the BPT or GRT will increase the costs of goods and services on Guam.

The legislature opted to hold a public hearing first before discussing the bill, so they adjourned and scheduled 3 hearings on the measure all to be held on February 21st. Speaker B.J. Cruz then offered a bill of his own. The Speaker’s bill 244 would roll back all salary increases under the competitive wage act of 2014, for both classified and unclassified employees. These salary increases are often referred to as the hay raises. It would also reduce the budgets of the Office of the Governor, the Legislature, and the Office of Finance and Budget; and raise the Business Privilege Tax (BPT) by one percent (1%) beginning April 1, 2018 until January 2020.

Although they have not had a chance to review either bill yet, Guam Chamber of Commerce board member Bobbi Shringi says that generally speaking the chamber remains opposed to raising the BPT. “The Chamber’s position has been will continue to be basically in opposition of any GRT(BPT) increase for the mere fact that we believe that whenever you start talking about raising the Business Privilege Taxes or the BPT’s you’re basically now getting to the realm where it’s gonna be impacting the everyday cost of goods the everyday cost of services,” said Shring. He adds that the chamber’s primary concern is how raising these taxes would negatively affect the economy by raising the cost of goods and services which in turn would likely discourage consumer spending. Instead he says the Chamber of Commerce has come out in support of other things that could raise revenues like changing the GRT to a sales tax and taxing online sales.

Ultimately Shringi says the real problem that needs to be addressed is what he calls the leaky buckets at the Department of Revenue and Taxation or GovGuam’s ability to collect all the taxes it is owed. “Whether you increase the GRT by 2 percent or 1 percent or 10 percent the reality is until those leaky buckets are addressed we’re gonna be back to square one again in a couple of years,” said Shringi adding, “If the government truly wants to look at these tax increments there has to be some balance here. But it has to start first with saying how are we going to fix the DRT problems? How are we gonna get them the resources? How are we gonna get them the manpower? How are we gonna address the real problem there? So that two years from now five years from now we’re not going to be singing the same tune.”

NEWS:  Working together will get us through this challenge posed by the federal government

Governor Calvo called the Legislature into session to discuss his proposed bill, which aims to prevent payless paydays, furloughs and reduction in hours for thousands of people.

The Governor spoke with Senators at Government House this morning to reiterate the need to act swiftly to address the reduced revenues caused by new federal policy.

The Speaker’s staff during yesterday’s SES meeting said the shortfall looks to be about $67 million.

This evening, the Governor’s office received a press release saying that Speaker Cruz’s office introduced a bill yesterday that would reduce salaries for thousands of GovGuam employees, and increase BPT by 1 percentage point.

We are reviewing Speaker Cruz’s bill.

The federal government’s new tax policy cuts business tax rates by almost 50% and individuals by about 3%. This is money that would have gone to the government of Guam. It means a reduction in government revenue, which is what is used to pay for personnel, equipment, contracts, and other costs associated with government services.

Bill 1 (2-S) that Adelup submitted to the Legislature today calls for temporary 2 percentage point increase that would help fill the revenue reduction created by federal policy.

The delay in addressing Bill 1 (2-S) is not ideal, but we recognize the public hearings as a step forward and appreciate any help from the Legislature to ensure we are able to continue providing public services, particularly health, education, and public safety to the people of Guam.

“We would have liked to address this issue today. As noted by my fiscal team, everyday that we don’t take action, we lose revenue for the government. We discussed this several times, including in a meeting between myself and Senators again this morning,” the Governor stated. “I know Senators understand the gravity of this situation, as well as the intent that this temporary measure will ensure stability for our government, and support our hospital and schools.”

(February 14, 2018- Hagåtña) We need a balanced alternative to save basic community services. That’s the message of the “Fiscal Stabilization Act of 2018” introduced by Speaker Benjamin J.F. Cruz today. If enacted, Cruz’s measure (Bill No. 244-34) would (1) roll back all salary increases under the Competitive Wage Act of 2014­­­­­­­­­ for both classified and unclassified employees; (2) reduce the budgets of the Office of the Governor, the Legislature, and the Office of Finance and Budget; and (3) raisethe Business Privilege Tax (BPT) by one percent (1%) beginning April 1, 2018 until January 2020.

The bill was introduced after yesterday’s Special Economic Service meeting, when OFB reported that the recently-enacted Tax Cuts and Jobs Act of 2017 would reduce income tax revenues by approximately $67 million between the months of February and September 2018 alone[i]—a figure far more detrimental than the Bureau of Budget and Management Research’s original estimate of $47 million. While the Governor recently introduced his proposal (Bill No. 245-34, originally introduced as Bill No. 1 (2-S)) to raise the BPT from 4% to 6%, Cruz’s measure offers a balanced plan of both cuts and revenue enhancement for Fiscal Years 2018 and 2019.

“I know that people are angry, wondering how we got here in the first place, and worried about what might happen next. This choice is painful medicine but without it, the patient may die on the table,” said Cruz.

In addition to the initial round of cost reductions at each agency level totaling $17 million, Cruz’s proposal would save an approximate $10 million for the government of Guam through rollbacks in Fiscal Year 2018­­­­. To do this, Bill No. 244-34 would cut back all salary increases resulting from the Competitive Wage Act of 2014 until March 1, 2019 for all positions within every branch of government, including all government of Guam departments, bureaus, agencies, sub entities, public corporations, and mayoral offices. The measure would further reduce the budgets of both the Guam Legislature, the Office of Finance and Budget, and the Office of the Governor by 10% and place a moratorium on reclassifications and above-step recruitment, with an exception for teachers and licensed and allied health care professionals.

“I’m asking government employees to understand that a temporary pay cut is better than no pay at all,” said Cruz.

In conjunction with the cuts, Cruz’s bill proposes to raise the BPT from 4% to 5% beginning April 1, 2018—yielding an approximate $25 million for Fiscal Year 2018 and $59 million for Fiscal Year 2019. While the appropriations chair has been an outspoken advocate of voter approval on all locally-enacted tax increases—including increases he has proposed—in addition to the impending financial crisis, Cruz highlights the Attorney General of Guam’s recent opinion[ii] which invalidates the referendum statute. As a result, Bill No. 244-34 would repeal § 16311, Chapter 16 of Title 3 Guam Code Annotated.

“I’m repealing the tax referendum statute because it’s time that the Legislature is honest with itself,” said Cruz. “Either we accept the law and follow it, or we repeal it­­—acknowledging that, if even the Attorney General won’t enforce it, no one will.”

“Drafting this bill hurt. But this community is in a $67 million hole jeopardizing basic community services at every level of our government,” said Cruz. “Without immediate action to responsibly cut costs and raise revenue, the Ship of State will sink, and our island’s economy will go with it.”