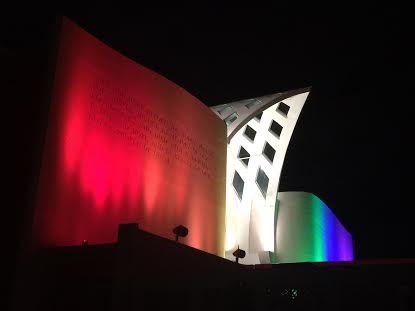 The Museum only had a temporary permit for the first floor in order to open in time for FESTPAC.

Guam – Department of Chamorro Affairs director Joseph Cameron says he has expedited a request for partial occupancy of the Guam and Chamorro Educational Facility or Guam Museum.

Cameron says that today(Thurs.) he submitted paperwork to DPW to partially occupy both the first and second floors of the Guam Museum. The Museum was only given a temporary occupancy permit of the first floor. Cameron says he needs this partial permit for both floors to allow additional work for interior designing and mobilization for the presence of the Galaide Group who has been contracted to manage the operations of the Museum. Cameron says that Clifford Guzman from the Galaide Group is hoping for a soft opening of the first floor in August with completion of the entire museum including the second floor main exhibit before the end of the year.