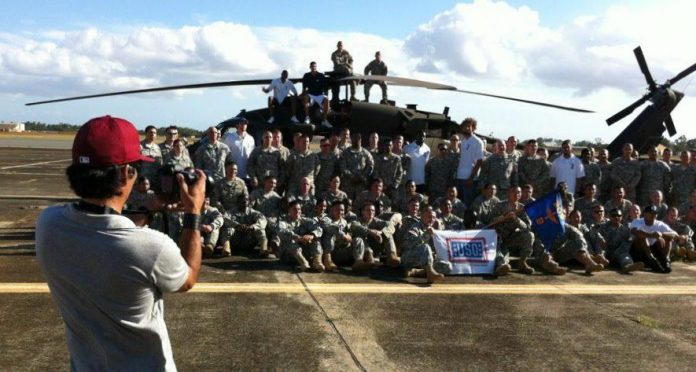 Guam- Chamorro Filmmaker Alex Munoz is planning to premiere his new documentary on Guam about several NBA basketball players that played for USO’s “Hoops for Troops” event. A release states Munoz started filming the documentary in Hawaii late last year after he attended the first Guam International Film Festival (GIFF). The film focuses on how young NBA players are transformed through their visits with members of the armed services. Munoz followed the athletes for 5 days on bus.

The director mentions he wants to bring the film to the island because he knows the NBA, and sports in general, is big on Guam. “I’m currently exploring different opportunities to show case and premiere the film on island. The doc shows the power of sports” said Munoz.

Munoz also tells PNC he is looking to screen the documentary this Fall, around September or October.  He adds that a trailer of the film is in the process of being approved by USO and it should be released shortly. 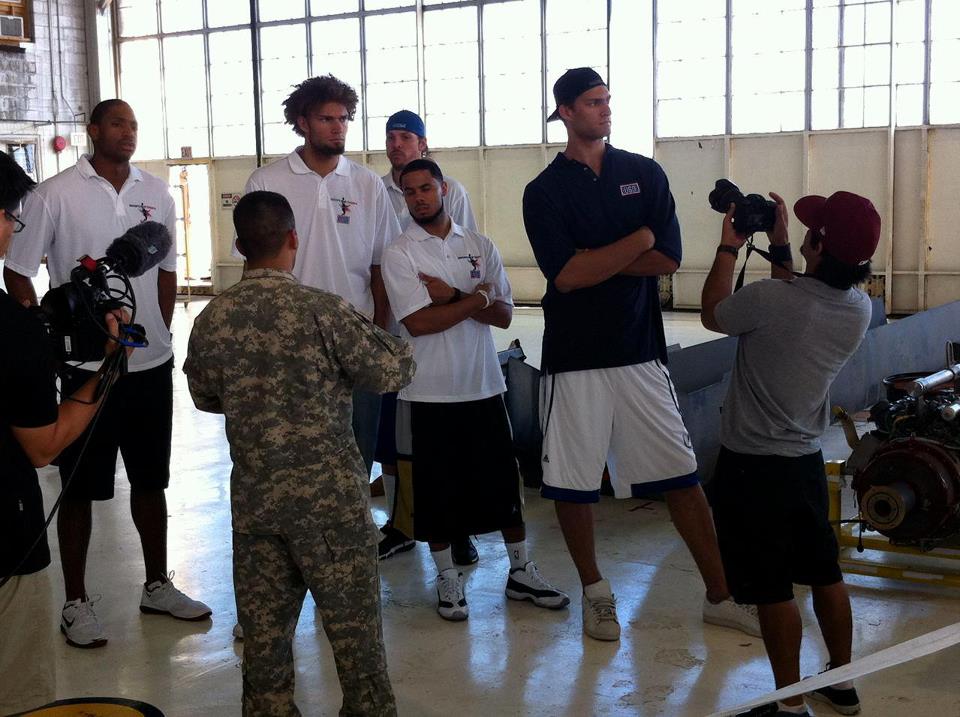 Read The Release Below

Guam- Chamorro Director Alex Munoz, arrived in Hawaii after attending GIFF. He had half a dozen calls and texts from a close and respected colleague expressing that it was urgent to return her  call.  Carolann of Empowerment management  said ” I have an opportunity for you that I think  you’ll really like.” Munoz was enlisted to document the USO HOOPS FOR TROOPS TOUR, during which Derrick Rose and eight NBA players would visit the troops in Hawaii. Even though Munoz had a music video to shoot in Los Angeles, he quickly pulled out of that project and committed to directing the  USO HOOPS FOR TROOPS DOCUMENTARY.

“To combine my filmmaking  skills and my love for sports and shoot in the PACIFIC  – was a dream come true” said Munoz.

In the film Munoz investigates the transformational journey of young NBA players visiting the troops. “It really helped them gain perspective on their lives, and they experienced  new found admiration and respect for  members of the armed services. All the players were very humbled by the courage and bravery of our men and women in uniform. Their journey truly revealed their humanity.”

Munoz was especially moved by Derrick Rose “He is incredibly humble and gracious..and a real gentleman. I have met many elite athletes , but Derrick is different – he is very down to earth and does not stray form his core values of faith, family, and compassion. He is Chamorro in his heart.  He also noted the off the hook IQ of AL Horford, who speaks like an award winning “scholar” – both D and AL – shatter  the NBA star stereo type.  All the players were transformed by their journey.

Munoz travelled on the bus for 5 days with the players, and had stomach aches at the end of each day from laughing so hard at the jokes told by Tyreke Evans and Javale WIlliams.  “Those two should have their own comedy show! Tyreke was cool, he gave me his five lb chocolate bar which the USO gave to each player.  I went back to LA and shared it with the kids on a youth flag football team I helped coach.  I let one of the kids keep the wrapper with Tyreke’s autograph.”

He refers to Mike Miller as a gentleman with genuine southern charm, and DJ Augustine as focussed and intense.  He bonded instantly with the Lopez twins because he is a DInga. ” They are like gentle giants who stand seven feet tall. I felt like duende standing next to them!”   Munoz promised the Players fresh chicken kelaguen every day if they come to Guam for the premiere .

“I really want to premiere the film on Guam because I know that sports and particularly the NBA is big on Guam.  I’m currently exploring different opportunities to show case and premiere the film on island. The doc shows the power of sports. Sports is not always about winning a championship or gold medal. Sports has the power to connect and inspire people. During the youth clinic, the players were doing drills with the children of member of the armed services. The mother’s were filming their children doing layups with D Rose and streaming it back to their husbands in Iraq and Afghanistan.  Imagine the sense of well being and happiness those families felt. That is the real power of sports- and the USO and NBA Players clearly understand this.”

Munoz just returned form Chicago where he was filming the Bulls vs Sixers play off series. He is currently putting finishing touches on the HOOP FOR TROOPS doc.

HOOPS FOR TROOPS tour was sponsored by the USO. The event was organized by EWP and produced by Munoz” production company Codependent media.

Alex’s father, Igancio Garrido Munoz is from Sinajana and coached Alex and his dinga Joey in baseball, basketball, and football. Ignacio excelled as as athlete growing up on Guam.