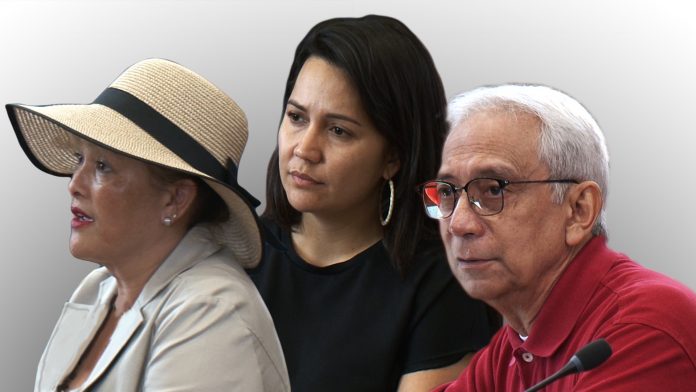 Chamorro lands for Chamorro people: it’s been an arduous path to tread and a difficult ideal to attain, yet reformation of land reform at the Chamorro Land Trust appears to be all teed up for the next legislature. The recommended validation and ratification of nonconforming leases aren’t likely to make it through the winding road of passage before the 34th finally gavels out and calls it quits. So, facing frustrated homesteaders, the 35th appears to have its work cut out for it.

“Based on today’s informational hearing, all of their findings were the same that the commission found,” Chamorro Land Trust Commission Chairwoman Pika Fejeran told PNC.

“So, looking forward, I believe that everything that was put on the record today and the bill that was introduced, as amended, when the 35th Legislature comes in, I hope that they can pick it up right where it’s been left today.”

And so be it, as far as longtime homesteaders, lessees, and lease applicants are concerned. Today’s testimonials were all too familiar.

“And my aunt…she just passed away two days ago and she never, she was never approached about being offered, the family being offered, first priority in terms of leasing or continuing to lease the property,” one stakeholder told Sen. Ada’s Land Committee.

“But that’s where they should’ve come in, because under the law, if you’re qualified, you have a land use permit or have been on the property since June 30, 1995, you know you have a bump up in the line, so to speak, because you’re already there, you know,” Ada staffer Joe Borja replied. Borja is the former Director of Land Management, of which CLTC is a part.

“We have been in the…area for now 63 years,” said another homesteader. “My mother recently passed away and she had been going to Chamorro Land Trust and showing off her documents and all that. To this day, she has not been offered even a lease.”

A sympathetic listener piped up.

“Uh, after hearing what’s been said, I think and I believe that there’s still a need for housecleaning–housecleaning Chamorro Land Trust,” he said.

Chairwoman Fejeran was on hand for the length of this morning’s informational briefing to monitor testimony and meet with concerned citizens, months  after Attorney General Elizabeth Barrett Anderson declared some leases null and void and others voidable. Fejeran indicated that Barrett Anderson’s definitiveness on the matter helped spur the legislature as well as the commission’s board and administrators into righteous action.

It’s doubtful that Sen. Ada’s CLTC-reformation legislation, Bill No. 356-34 (COR), will be voted on and passed into law in time to ratify 102 leases and validate the more than 2,800 voidable leases already ratified by the Commission during the outgoing 34th Legislature. As one legislative staffer pointed out this morning, the bill isn’t even reported out of committee yet.

But Fejeran is confident that the exhaustive work of reviewing leases and the erroneous past administrative practices that led to their improper approval and signature has set CLTC on a path of transparency and top to bottom reform.

“Maybe it’s best we don’t rush it,” Fejeran said. “Maybe it’s best we have the 35th Legislature come in and really look at it with us again, and look at the bill and make sure that it’s in its strongest form to help the commission move forward and implement the rules and regs.”

On another front, Fejeran declined to comment on whether the Chamorro Land Trust Commission should be recognized by the US Congress, just as the Hawaiian Homes Commission Act is. While trying to free thousands of leases of defect, CLTC is also fighting a federal lawsuit that says the local land trust violates the Fair Housing Act. Congressional recognition would shield CLTC from Fair Housing Act violations.