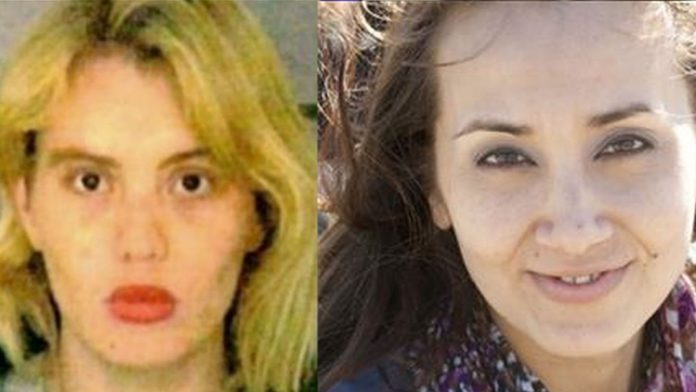 Just today, the prosecutor came back and said this case was all just one huge mistake.

Guam – Imagine this: walking into a federal prison for a tour, scanning your fingerprint for security reasons and then suddenly getting accused of stealing someone’s identity, arrested and then thrown in jail.

That’s exactly what happened to one Chamorro woman in California and although her name was just cleared today, the family says the damage has already been done.

She was born Melissa Marie Balbin Smith in California to a Chamorro mother and Caucasian father. She got married, had children and is now a working mother of four going by the name of Melissa Marie Neylon.

Her aunt here on Guam, Brenda Balbin-Adams, tells us what she’s like.

“If you meet her, she has an affable personality. She’s easy to get along with and she’s just pleasant as you can get,” Balbin-Adams says.

PNC: “No reason to commit this crime?”

“No reason to even consider that.”

Neylon was on a tour at a federal prison in Inyo, California for work earlier this month. As a requirement, all visitors must scan their fingerprint. But when Neylon did, the system flagged her as a wanted person in Indiana. The name they had for her was Melissa Chapman. But Neylon’s mother, Nenita Balbin Smith, says Chapman is not her daughter, Neylon is.

“I didn’t even know my daughter was in jail. She believed in the justice system. She felt that they were gonna clear it up come Monday; no need to worry mom. And then Monday came and it just got really ugly,” Smith explains.

So ugly that Neylon ended up spending more than two weeks in jail. She was only able to get out after family members helped her post a $50,000 bail.

But prosecutors in Inyo, California say Neylon had been living a double life and was wanted in Indiana for stealing a woman’s identity and giving up a baby for adoption under Chapman’s name.

Despite pleas and showing evidence to a judge that Neylon is not Chapman, the judge still ruled that Neylon and Chapman are the same person, with fingerprints to prove it.

Neylon went as far as to show time cards proving that during the times prosecutors claim she stole someone’s identity in Indiana and gave a baby up for adoption in 2002, she was working in San Jose, California.

She also showed evidence that she had her tubes tied in 1999, making it impossible to have a baby in 2002.

Her mother Nenita also tells us that local media in Fresno even got in touch with Chapman’s mother, Tammy Mae Chapman, and she says her daughter, Melissa Chapman died in 2013.

“They did nothing to even consider her, the proof, the burden of proof was upon our defense attorney and all of us here to prove that she is Melissa Marie Neylon, not the felon that Melissa Chapman in the East Coast,” says Smith.

“We are just totally shocked, to say the least. We have no words to describe what we feel, but and it’s like a movie. Something that you’re watching on TV, but this is real life. This is the life of a woman, an innocent woman–my niece,” says Balbin-Adams.

But the case suddenly changed courses today. As reported by our ABC affiliate station in Fresno, California, KFSN Action News, the prosecutor said it was all a big mistake and the prints they first claimed belonged to the same person actually do not match.

After the Neylon family spoke out in an effort to clear her name, authorities checked out hard copies of the two sets of prints and realized they were not the same person.

While the District Attorney’s office will no longer be pursuing charges, the Neylon family is still weighing whether or not they will file a lawsuit of their own.

“There’s so many lives involved, with my niece and her kids. She has four kids and her husband. Everything from this point forward changes for her,” says Balbin-Adams.

The Balbin-Neylon family wants to express their gratitude to everyone who shared Melissa Neylon’s story and supported her and her family during this ordeal.

They say they are ultimately happy that Melissa is home with her family.