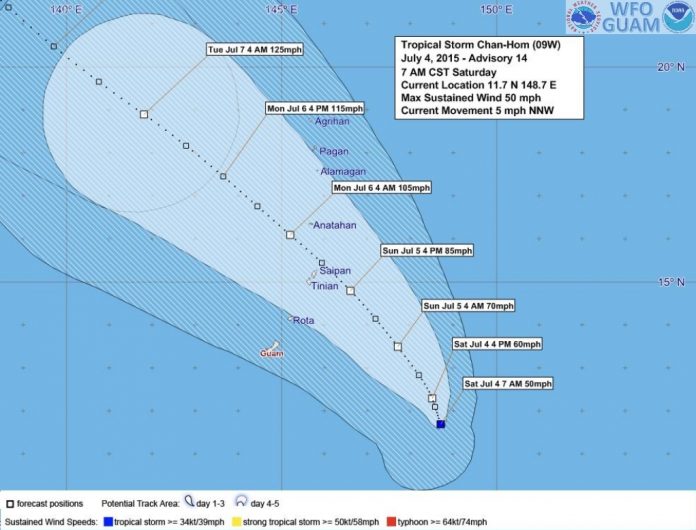 Guam- Tropical Storm Chan-Hom is still heading North-Northwest now at 10mph on a track that will likely take it North of Saipan Sunday Night.

According to the Sat. 11am update from the National Weather Service Chan-Hom’s intensity remains the same with maximum sustained winds at 50MPH. However it is expected to intensify Sunday and could become a typhoon again by Sunday night when it passes through the Marianas. Guam is still in COR3 and a typhoon watch remains in effect for Guam, Rota, Tinian & Saipan. NWS and GovGuam officials have warned that the exact track and intensity of Chan-Hom is hard to gauge so residents are still advised to take the proper precautions