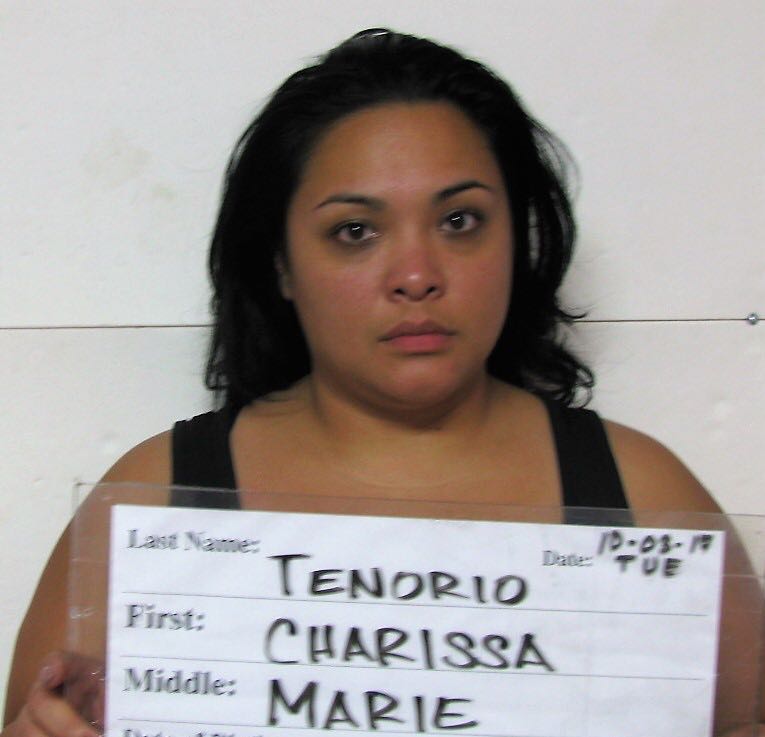 The girlfriend of a former Department of Corrections officer, accused of threatening a witness in her boyfriend’s case, has pleaded out of her case, reducing the charges against her to a mere violation.

Charissa Tenorio, who is the sister of Lt. Gubernatorial candidate Josh Tenorio, was accused of terrorizing a Guam Police Department informant who she allegedly believed turned her boyfriend, ex DOC officer Frankie Rosalin, in to authorities.

Tenorio did not plead guilty to any criminal charges in the indictment. Instead a negotiated agreement only requires her to admit to a violation of civil liability which is essentially a traffic ticket.

According to legal counsel, Attorney Jacque Terlaje, the dismissal of felony charges in exchange for a ticket speaks volumes about the lack of evidence in the case.