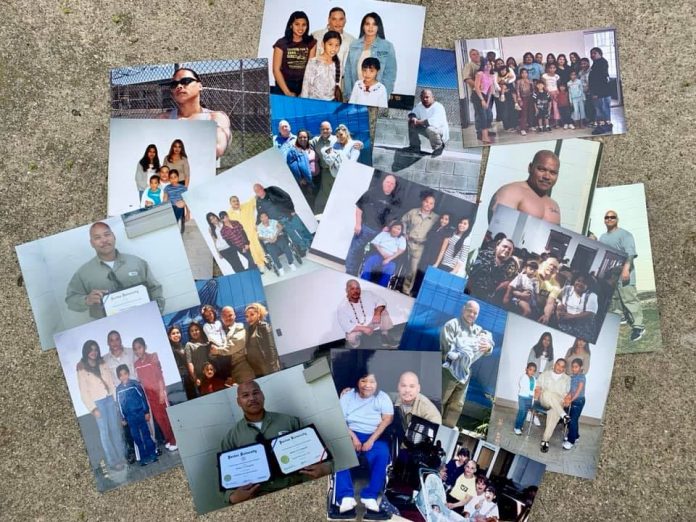 Guam – Sentenced to 45 years in federal prison for a non-violent criminal offense. Honofre Chargulaf has been locked up for over two decades, first in the Department of Corrections, and then US penitentiaries across the nation, witnessing first hand the most disturbing kinds of violence imaginable from forcible rapes, mutilations, and murders, to deadly assaults. As Honofre shares  those that lived through such violent attacks are often crippled or paralyzed for life and are suffering some type of mental trauma. Like him they too are forever changed.

Honofre Chargulaf was arrested and convicted in District Court of Guam in 1996 at the age of 24, at the time he was a father of two girls with another daughter on the way. But his choices landed him with a federal conviction for possessing firearms and drugs. While he does not dispute the charges spending half his life in prison for non-violent offenses introduced him to a world where survival means you either sink or swim.

“Adjusting to prison life and culture in the United States is never an easy thing to do, especially those of us from the island of Guam because we are thousands of miles away from our families and our support groups. As a non-violent convicted offender, being exposed to the Penitentiary was a very traumatic and shocking experience for me culturally, socially, and morally. The concentrated violence and brutality of it all was so overwhelming, both to the mind and spirit as well, having firsthand experience fighting off a violent attacker at the Department of Corrections on Guam. I was stabbed 4 times – once in the head, the stomach, the left arm, and in the left shoulder. This was truly a disturbing and horrific experience for me, leaving me emotionally and physically scarred for life,” writes Chargulaf.

There are no handbooks on how to navigate the shark infested prisons across the United States.

“We, as its subjects, can only do his or her own best to remain healthy, physically fit, forever cautious, and try to avoid becoming its next victim or meal. In the Federal Bureau Of Prisons, victimization ranges in frequency from rape, assault, murder, mental abuse, physical abuse, becoming a drug addict, committing suicide, or joining a gang for protection. But regardless of how the cake is cut we’ve all become a victim in one way or the other, or in many ways. Often times victims remain silent for long periods of time and try to cope with their dilemma the best way they can without causing further harm, because the truth of the matter is that there is no real help to be gained without subjecting oneself to further deprivation. It’s pure raw survival. It’s either sink or swim,” revealed Chargulaf.

Of the 25 years of imprisonment, he spent the first 13 of those years inside U.S. Penitentiaries all across the United States.

“From my observation and from past experience, United States Penitentiaries are reserved for the nations most violent and deadly criminal elements. And it was there in these Penitentiaries that I encountered firsthand the nature of this violent subculture that has altered my life forever,” he explained.

Being from Guam he says that islanders are at a disadvantage. The closest glimpse the public gets into this world comes from movies.

“There are not very many of us out here to provide a large enough protection-base for one another. Some joined prison gangs for protection, some manufactured some type of knife for personal protection, and some just “tried” to rely on correctional officers to provide protection. The latter only provides a “false sense” of security. The bottom line is that most of us will likely suffer some type of violent attack – whether it be rape, assault, or at the point of a knife. We are subjected to this “certain” cruel and unusual punishment. We must try to survive the best way we can,” said Chargulaf.

During the first 13 years of his initial sentence in the Penitentiary he witnessed the most disturbing kinds of violence imaginable from forcible rapes, mutilations, murders, and deadly assaults stating that those that lived through such violence attacks are often crippled or paralyzed for life and are suffering some type of mental trauma. They too are forever changed.

Besides having to live it, see it, breathe it, and being a victim himself he shares, the most troubling aspect of this experience is witnessing life being taken before his eyes and then trying to block it out as if it never occurred, or having to accept it as “normal.”

“No, it’s not normal. Although I am no longer in a Penitentiary setting today, I still wake up to this kind of dehumanizing experience.”

After doing 25 years in prison, and experiencing all that he has gone through, he says his prison experience is not without blemish.

“In this not-so perfect world called prison we are only human and are entitled to make errors and for good cause, especially in terms of survival and adjusting to the extreme ends of existence in penitentiaries across the United States,” he shared.