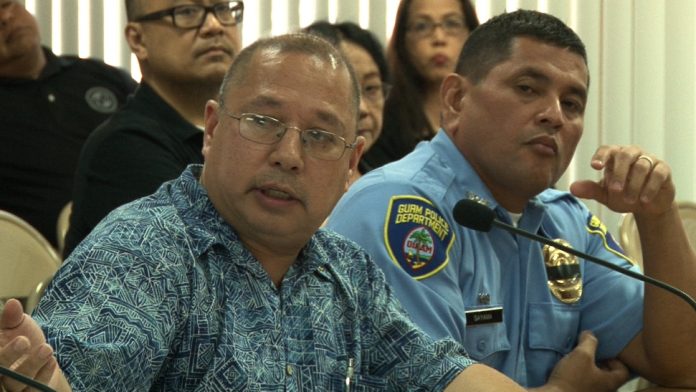 Guam – Chief of Police Fred Bordallo will be retiring from the department before the end of the month. Bordallo tells PNC he’s served as chief for four years and he feels it’s time to let someone else have a chance to run the department.

“I’ve already indicated to the Governor my request to resign for retirement purposes and I think already I’ve done 29 years I’ve already served 29 years in the Guam Police Department and I think as I’ve indicated in my letter to him I’ve done the best that I can as the chief of police,” said Bordallo. The GPD Chief says he will participate in the police week celebrations next week and then will be winding down as he is set to retire on Friday May the 22nd.

“Is there anything specific that prompted your decision?” asked PNC. “I just started to look at that there’s opportunity for other people who want to take a chance to lead the police department and it’s really personal to me in talking to my family and looking at doing other things. Other things besides just staying as the chief of police. I’ve served, I think, the Governor for four years and I appreciate again the trust that he’s provided me and he’s always been supportive,” said Bordallo.

The Chief also thanked all of the men and women of GPD saying the department is full of talented and skilled officers. “I love this police department. I worked in it for 29 years and I think there’s room for growth for the next generation of leaders in the department to move forward,” said Chief Bordallo.