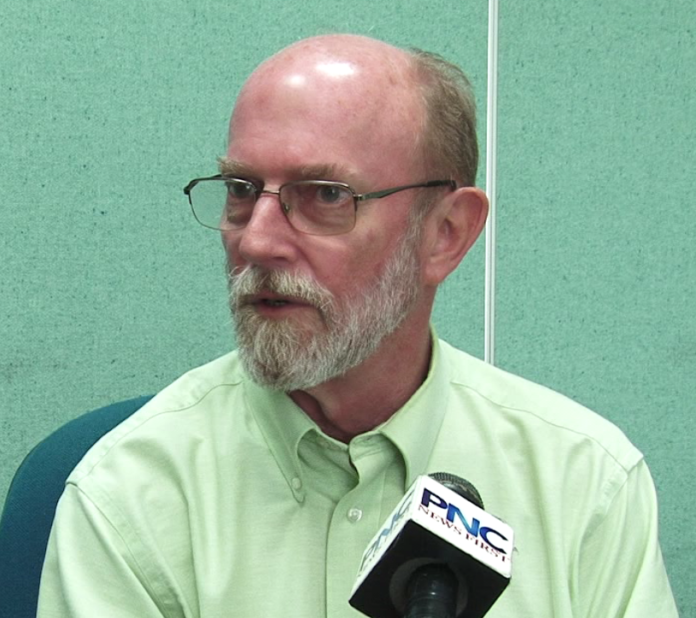 “Be careful and find out how this investment works rather than just relying on a sales pitch,” – Joseph Bradley, Chief Economist for Bank of Guam.

Guam – “If it sounds too good to be true, it might not actually be true.”

This is the investment mantra Joseph Bradley has lived by for most of his career.  Bradley currently serves as the Senior Vice President Chief Economist and Business Continuity Officer at the Bank of Guam.

While residents have reportedly invested thousands of dollars in a company now facing allegations of fraud, PNC asked Bradley for his advice on investment red flags. Namely, what should potential investors look out for?

According to Bradley, be wary of companies that guarantee high returns. These companies are more often than not, Ponzi schemes.

“A Ponzi scheme is similar to a pyramid scheme where early investors of a scheme are tempted by promises of very high rates of return on their investments. And they begin to receive very big returns on their investments or they are convinced they are receiving very high returns, but they may not necessarily be,” Bradley shares.

This is because any new investor that joins a Ponzi is often contributing to the pay of the first set of investors, Bradley says. The first group of individuals are then led to believe that they’re making a profit, when in fact they are not.

The Chief Economist explains that Ponzi schemes are setup to mimic multilevel marketing companies such as Avon, where individuals are constantly asked to recruit new investors. However, there is one key difference between the two.

“Ponzi schemes are fraud, whereas multilevel marketing is not,” explains Bradley.

According to a Forbes investment article, in the years 2008-2013 on average, Ponzi schemes were uncovered or busted “every four days in that six year period” alone.

This past week, one concerned citizen alerted the Attorney General’s Office to what he believes is the latest Ponzi scheme to hit the island: a company called USI-Tech.

A fraud alert was issued in Canada and an Emergency Cease and Desist was placed against Usi-Tech in Texas. And if USI-tech is revealed to be a Ponzi, what would the repercussions be for the people of Guam?

“There’s a lot of potential for a lot of people to lose a lot of money,” Bradley said. “If it is determined that [USI-Tech is] being fraudulent, then some of those funds would be recovered and returned to the investors,” Bradley speculates.

And you’re still weighing your options for investment; Bradley has a few tips to heed by.

“The advice that I would give to [investors] is to do their homework. Find out everything you can: the security, the sellers of the security, where the income is supposed to derive. Be careful and find out how this investment works rather than just relying on a sales pitch,” he concluded.