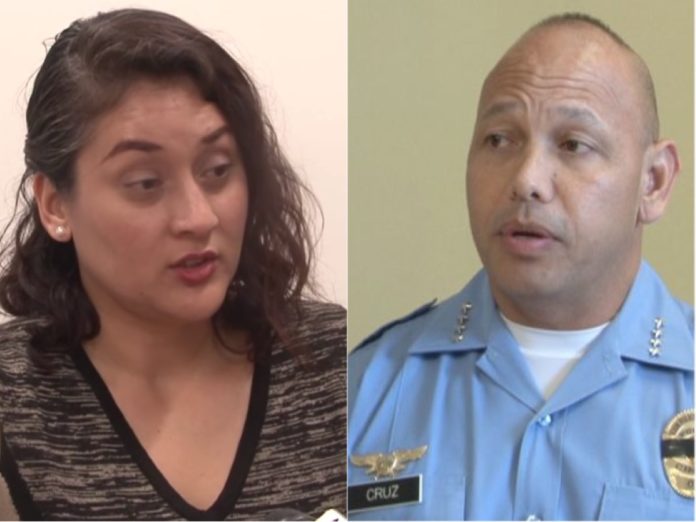 Guam – Chief of Police JI Cruz is looking to oust Public Safety oversight chairwoman Sen. Telena Nelson, saying the Guam Police Department has lost all confidence in their public safety oversight for failing to fight for the department.

“The Guam Police Department has lost the confidence required of Senator Nelson to be decisive in the most recent Special Sessions,” he wrote.

The federal tax cuts has created a $67 million shortfall in GovGuam’s budget and of that amount, GPD will bear $3.6 million in cuts. Cruz says no dialogue was ever initiated by Nelson regarding these cuts or its impacts.

Cruz quoted Nelson from the March 4 session while in committee of the whole in which she said she was confident that the chief of police can continue to meet GPD’s mission with these cuts, “because that is his job as the chief of police, to ensure that the mission can be met and to protect the safety of the people.”

“My statement was made in response to the chief’s statements where he was asked outright if you’re able to meet your operational needs and ensure that the public is protected, and we had the police chief and the fire chief, and the police chief … confidently said yes,” explained Nelson.

“I remember the fire chief said he couldn’t be as confident as the police chief was,” K57 host Phill Leon Guerrero acknowledged.

“So that was my response. I’m not in the police chief’s foxhole. If he feels that those decisons that he made will not hinder the safety of our community, then I have to believe in that fact because I know he’s a man of integrity,” said Nelson, adding that her trust in the police chief does not translate to satisfaction with cuts to GPD’s budget.

Cruz expressed disappointment in Nelson’s lack of support for the recent tax hike measures that “averts a negative impact to the sworn and unsworn personnel on the force who all perform the public safety mission.”

To the contrary, Nelson says she’s been an advocate for GPD and has introduced a measure to enhance revenues for the police force.  She also pointed out that she voted no on the cuts to public safety.