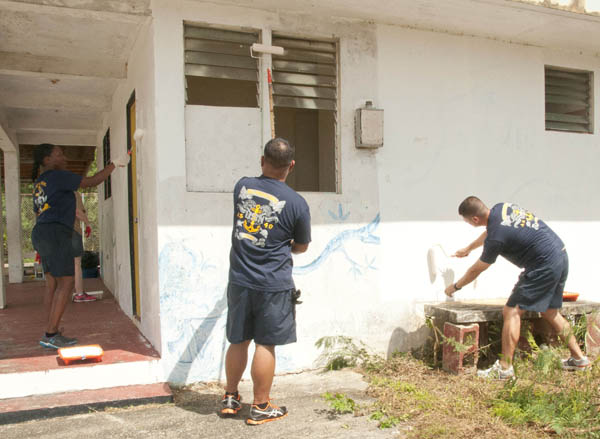 More than 20 CPOs volunteered at the campus, which is named after Chief Clifford Brodie, a Seabee who helped construct the school in 1960.

“We just wanted to come out in celebration of the CPO birthday this week and kind of give back to the community,” said Master Chief Logistics Specialist (SW/AW/SCW) Samuel Washington, of Naval Mobile Construction Battalion 1 Det. Guam. “We picked the Chief Brodie school because it’s named after a Navy chief and how he was dedicated to helping the kids of Guam so we wanted to just continue that tradition.”

CPOs painted buildings and driveways, cleared trees and bushes, and transferred worn-out appliances from the campus to a designated disposal site.

Washington said the event was an opportunity for chiefs to set an example for junior petty officers and to encourage them to get out and interact with the community.

“Sometimes when they look at us as chiefs they look at some of the perks we get but it’s not always about the perks,” he said. “It’s about giving back and bringing people along because once you make chief it’s really not about you anymore, it’s about the people that you serve.”

School Principal Nancy Diaz said she was grateful for the chiefs volunteering at the school. “Our students love the military personnel,” she said. “I just want to extend my appreciation to the Navy, the chiefs to know that I’m so grateful for everything they have done to Chief Brodie Memorial Elementary School.” 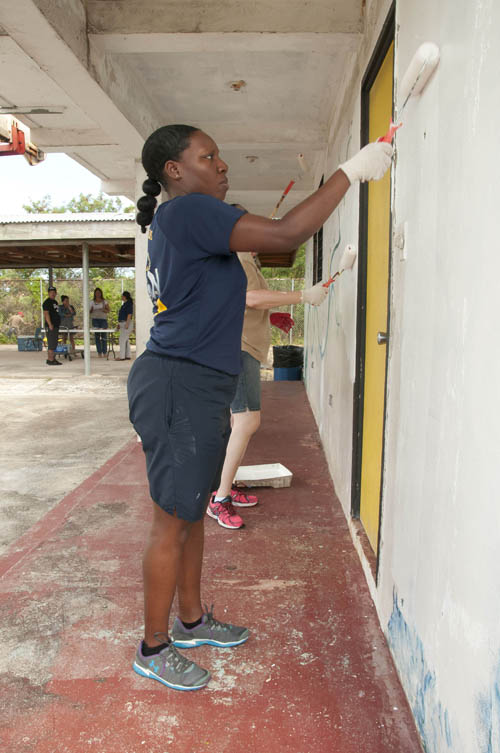