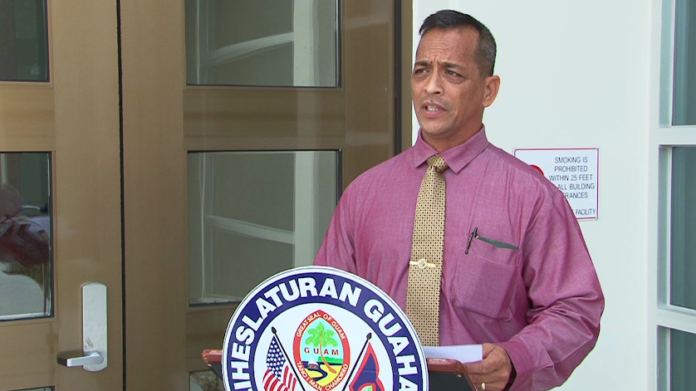 After a legislative oversight hearing Tuesday revealed that the Calvo Tenorio Administration is draining funds from the Chamorro Land Trust Commission, Aguon called a news conference outside the Guam Congress Building this morning to tell voters that the raiding of mandated accounts and the shuffling of public funds must end once and for all.

“This is not the first time the administration has hijacked special funds. In 2016 this administration raided and repaid a total of $6 million from the bank account for child support payments, which, according to the Attorney General’s Office, isn’t supposed to be touched by the local government, because the money belongs to underage children who need financial support from parents who don’t live with them. It is evident that there needs to be an independent entity who will manage the finances of this government.”

Some U.S. counties combine the offices of auditor and treasurer into a single elected position. No word yet on how Rosita T. Fejeran feels about Sen.  Aguon’s proposal for an elected Guam treasurer. Fejeran is the current treasurer in the Financial Management Division of the Department of Administration. A receptionist told PNC this afternoon that Fejeran applied for her job.