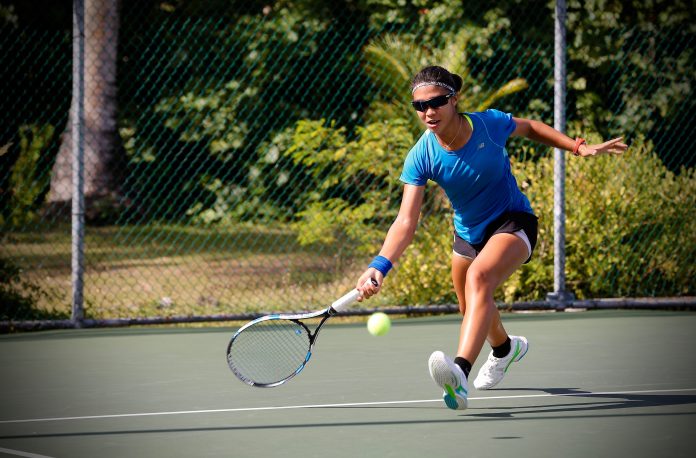 Six players endured three-setters, while others had less difficult outings in scorching weather conditions to advance past the first round in main draw action of the Chuck E. Cheese’s ITF Junior Championships at the Rick Ninete Tennis Center in Hagåtña Monday.

In the girls main draw, No. 5 Charmaine Shi Yi Seah was the first seed in the tournament to fall out of title contention, losing 6-2, 6-2 to Japan’s Saki Oyama, who earned her spot in the main draw by winning her qualifying round match.

Seeded players from the Oceania region – No. 6 Carol Youngsuh Lee of the Northern Mariana Islands and No. 7 Ayana Rengiil of Palau are through to the second round after defeating Japan’s Karen Kondo 6-1, 6-1 and Japan’s Sophie Maho Hamada 6-1, 6-0, respectively.

In other girls matches, No. 1 Sara Tsukamoto of the United States cruised past Tomoka Yoshida of Japan 6-2, 6-2. No. 2 Yuelin Chen of Chinese Taipei defeated Airi Ohashi of Japan 6-1, 6-1 and compatriots No. 3 Ting Chieh Wei and Ling Hsuan Wei also advanced, defeating Japan’s Riho Yuasa 6-1, 6-4 and Nagomi Tanaka 7-5, 7-5, respectively. Ya Chi Hsu was the lone player from Chinese Taipei in the draw to fall in first round action, losing to Japan’s Shiho Tsukuda 6-1, 6-0.

Mason Caldwell, IIAAG High School Tennis League Boys MVP, is the lone player from Guam still in the main draw. He will play his Round 1 match against Japan’s Syunya Maruyama, not before 9:30 a.m. Tuesday.