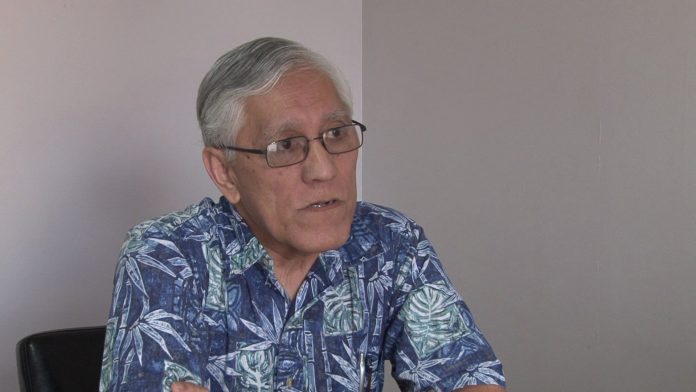 Vincent Pereda has also been a clinical social worker for over 30 years and has worked with both victims and perpetrators of sexual abuse.

Guam – A member of the Archdiocesan Review Board has stepped down amid allegations that Archbishop Anthony Apuron sexually abused an altar boy in the 1970s. Vincent Pereda explains why he resigned.

“I did not feel that it could be appropriately and fairly implemented as long as the archbishop was in charge,” says Pereda.

Vincent Pereda was a member of the Archdiocesan Review Board of the Archdiocese of Agana. The board is an advisory board and would ultimately give advice to the Archbishop whenever sexual abuse allegations are made against clergy members. Pereda stepped down from the board last Wednesday, noting that the Archdiocese’s policy is flawed.

“Mainly beause most of the major decisions and determinations that are made are in accordance with this policy are made by the archbishop,” notes Pereda.

The board convenes for a meeting and then provides consent and advice to the Archbishop as to what kind of actions should be taken. In the case of Roy Taitague Quintanilla, the clergy member he accused of sexually abusing him is none other than Archbishop Anthony Apuron. So how could the Archbishop make an unbiased decision if he is the person being accused of sexual misconduct?

“He could voluntarily step down and say that because of the situation in which I’ve been identified as the alleged perpetrator, I will step down and somebody else would be appointed to take my place,” Pereda says.

But in addition to a flawed policy as he sees it, Pereda says he believes Quintanilla’s story that he was sexually abused allegedly by the archbishop at Mt. Carmel Catholic Church in the 1970s.

“I’ve been a clinical social worker for over 30 years. I’m also a licensed mental health counselor and over those 30 years I’ve seen numerous clients where I’ve done assessments to determine whether or not a client is credible in terms of what they reveal,” he explains.

“Over the years I believe I’ve been able to gain the type of experience and clinical judgment to determine whether or not a client is credible and based on my observations of everything that’s taken place with regards to Mr. Quintanilla, I truly believe that he does present himself as very credible,” Pereda says.

Pereda says he’s also worked with sex offenders through the Judiciary of Guam.

You can read Pereda’s letter of resignation below:

Dear Deacon Claros,After giving the matter considerable thought, I have decided not to attend today’s meeting since I see no productive purpose that would be served.  I have also decided to tender my resignation as a review board member effectively immediately.  However, I wish to offer a few comments to explain the reasons for my resignation. According the the Archdiocesan Sexual Miscondcut Policy, the initial step in the process prior to convening the Review Board is for an Archdiocesan investigator to be appointed and conduct an investigation.  Until this is done and the results of the investigation is provided to the review board, it is premature for the board to take any action.  Also, according to the policy,“A review board will be convened to help determine whether reasonable cause exists to believe that an accused priest/deacon has engaged in sexual misconduct.  The board will consider all relevant evidence gathered through the investigation and all other relevant evidence, including evidence provided by or on behalf of the accused.” Since it is my view and position as a counseling professional that based on the disclosure of the alleged victim which I believe to be credible, reasonable cause does exists to believe that the Archbishop had engaged in sexual misconduct.  Admittedly, I therefore, cannot be unbiased or objective.It is important to point out that in light of the Archbishop being identified as the alleged offender, the sexual misconduct policy cannot involve him in any way whatsoever.  Since the policy involves him making major decisions and determinations regarding the handling of sexual abuse/misconduct cases, it is a flawed policy.Respectfully,Vincent P. Pereda