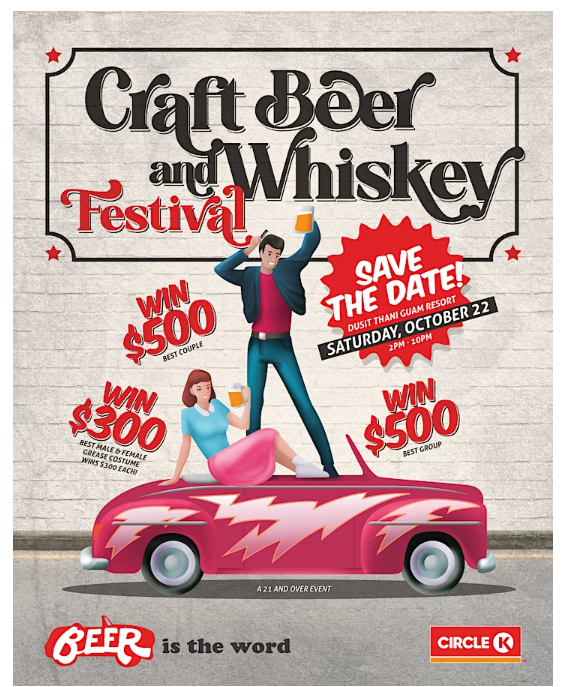 New beers and various spirits were at the annual Circle K Craft Beer and Whiskey Festival over the weekend.

Travelers, locals, and the military were at the event dressed in Grease-themed outfits enjoying and sampling different alcohol.

Villanueva said, “A chance for everyone on Guam whether it be local or military or tourists to come and try out different craft beers and whiskies that are out on the market and aren’t necessarily here all the time.”

Villanueva added it’s a great way to venture and try new alcohol without committing to a full bottle or case.

In addition to being able to try before buying, limited edition flavors are also available, which were limited to the Circle K Craft Beer and Whiskey Fest.

One of the limited edition flavors is the ube milkshake from Harland Brewery from San Diego–as Villanueva says is the craft beer mecca. Harland Brewery has Guam roots as the chief of staff Naomi Nauta Marron is from the island.

She said, ” so it’s very special because this flavor that was born on Guam, we brought them back for it and they’re here and with us.”

Villanueva says that next year is going to be bigger and better and the theme is still under wraps she said, “We’re already looking forward to next year’s event and have so many ideas coming forward so each year we hope to get better and better and hopefully everyone had fun this year and 2023–we’ll have something sweet lined up.”