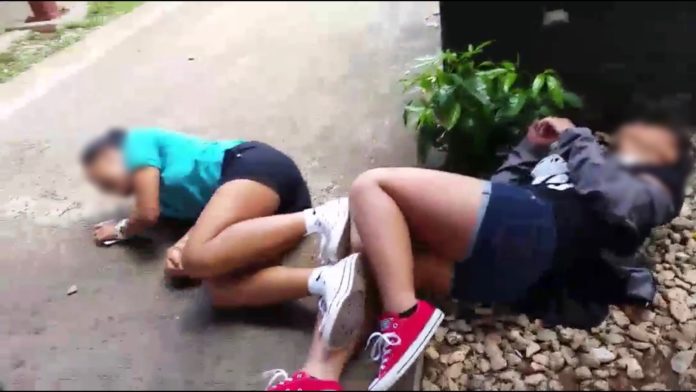 Guam – More high schools videos are popping up on social media. This time, it doesn’t involve any fighting; it’s two videos of students apparently high on the illegal drug “spice.”

Guam Department of Education Spokeswoman Isa Baza confirms the video is of two Southern High School students who were high on spice.

In the first video, two female students are seen sitting down on a bench while one of them appears to be disoriented, barely able to maintain her posture.

The second video shows both students lying on the ground while struggling to get back up. Male students can be heard in the background telling the girls, “that’s the spice my [expletive].”

Baza says the incident occurred yesterday and Southern High principal Jim Reyes is addressing the matter at the school level.

Spice is a synthetic drug that’s known to mimic the effects of THC, the psychoactive ingredient found in marijuana. However, because spice can be chemically altered or tainted, its effects, when smoked, can be dangerous and has known to land people at the hospital or, worse, kill them.