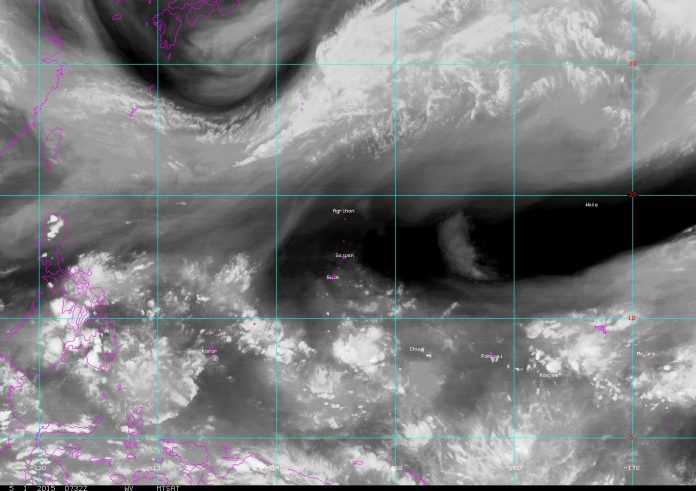 In its Area Forecast Discussion from tonight, NWS writes “Models are expecting this circulation to develop into a possible tropical cyclone during the coming week.”

Regarding possible effects of this circulation, the Weather Service concludes that “At least brought in mostly cloudy skies mid-week. Winds may also pick up mid-week as the pressure gradient increases.”

.SATURDAY THROUGH SUNDAY NIGHT…PARTLY CLOUDY WITH ISOLATED SHOWERS. EAST WINDS 15 TO 20 MPH.HIGHS AROUND 88. LOWS AROUND 76.

.MONDAY THROUGH TUESDAY NIGHT…PARTLY CLOUDY WITH ISOLATED SHOWERS. HIGHS IN THE UPPER 80S. LOWS IN THE MID 70S.