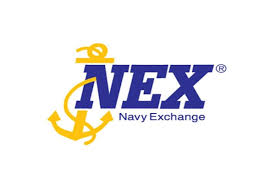 Following the release of a recent DoD directive, DoD and Coast Guard
appropriated fund (APF) and non-appropriated fund (NAF) civilian employees
are authorized to shop at military exchange stores in the United States and
the U.S. territories. Online exchange access will also be available for
active and retired DoD and Coast Guard APF and NAF civilian employees by
mid-October.

This shopping access does not include the purchase of military uniforms,
tobacco products or alcohol. All other commodity purchases, to include gas,
will be allowable.

In order to shop at a NEX or any other military resale activity on May 1, a
civilian employee will simply need to present a valid DoD civilian Common
Access Card (CAC) at the point of sale. If the customer does not have a CAC,
they must show other valid proof of employment (i.e., Letter of Employment,
SF- 50, Personnel Action Report, or other NAF equivalent document) and a
valid government identification card.

NEX, in coordination with Installation Commands, reserves the right to limit
quantities of merchandise if NEX anticipates stock levels to be strained by
excessive buying and/or supply chain issues.

DoD contractors are not authorized to access this new shopping privilege.
They may only avail themselves of the single-serve food and beverage
purchases, currently granted to all base patrons.

Previous in-store exchange access for DoD and Coast Guard civilian employees
was limited to those on service agreements overseas (i.e., in foreign
countries and the U.S. territories and possessions) and access was limited
to overseas exchanges. The expansion will allow all DoD and Coast Guard
civilian employees to shop in exchange stores in the United States and the
U.S. territories.