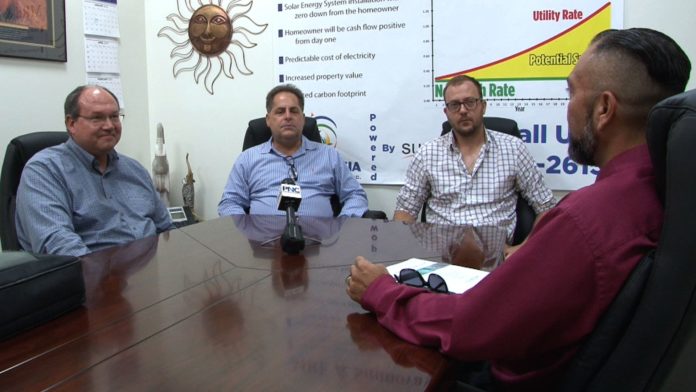 Guam – A value of solar study was presented to the Consolidated Commission on utilities Wednesday afternoon.

The study which was completed by Clean Power Research out of California was commissioned by local solar solution provider Micronesian Renewable energy. This is the first study of its type to be completed on Guam. A value of solar study measures the intended compensation for real value provided by solar installations to the electric system. COO Jeff Voacolo says that although MRE commissioned the survey they had zero influence on the results.

“The main findings were the four categories that we quantified, so fuel savings was one of them the other one is the savings from generation capacity that is the cost that the utility incurs in the future to install new power generation plants. There’s other benefits as well such as the independence of the island on foreign fuels and the reduced exposure to the risk of uncertain fuel prices in the future,” said Clean Power Senior Consultant Ben Norris.

These kinds of studies have been used by utilities regulators and stakeholders across the nation to measure the value of a solar program.