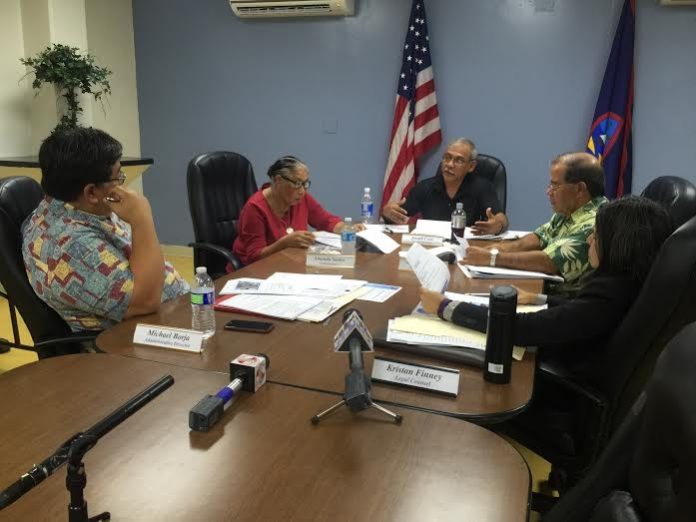 Former Senator Ted Nelson suggested going to the legislature to get the funding needed to survery Chamorro Land Trust property instead of leasing out 600 acres of commercial property that could go to Chamorro’s who need land.

Guam – The Chamorro Land Trust Commission met today to vote to approve a list of 600 acres of land trust properties to be leased out for commercial use.

This list includes the Lajuna Point and Oka Point areas, however amid a lot of public scrutiny on the matter the board decided not to vote. After pushing to get rules and regulations approved by the legislature the Chamorro Land Trust Commission began to work on developing and approving a list of land trust properties to be leased out commercially. These properties include the Oka point area of Tamuning and the Lajuna point area along the back road in Yigo.

A public hearing was held on this list of 600 acres worth of property and at that hearing a lot of members of the public spoke out.

Today during the CLTC meeting the public again spoke out against this plan but first Nasion Chamoru Magalahi Danny Pagat Jackson asked for the recital of the Chamoru Hymn and the Inifresi.

Then there was testimony from members of the general public like Luke Duenas. “What left are we gonna leave for my children and their children after that? So just think of the island as a whole that will benefit the future,” said Duenas adding,

“And like my ancestors before me, we protect and defend the ocean and the land and so will my children and their children.”

The CLTC has said that they need to lease these commercial properties in order to generate money to survey land trust property so it can be given to the thousands of Chamorus who are currently on a waiting list.

Nasion Chamoru Magahaga Catherine Flores McCollum told commissioners she felt as if it was the land trust director Mike Borja who was telling them what to do. “I can’t believe I’m sitting here listening to you like he’s telling you what to do but actually you need to tell him I want a list of why these things are before us and they shouldn’t be,” said McCollum adding, “The Nasion Chamoru helped open this commission up. Now let’s see some movement here and some backbone. Because I’m sick and tired of sitting over here as Magahaga and listening to all of the B.S. that’s needs to go around this table our people are looking for answers and dammit we deserve answers.”

In the end the commission voted to table their vote on the approval to commercially lease 600 acres of land trust property.