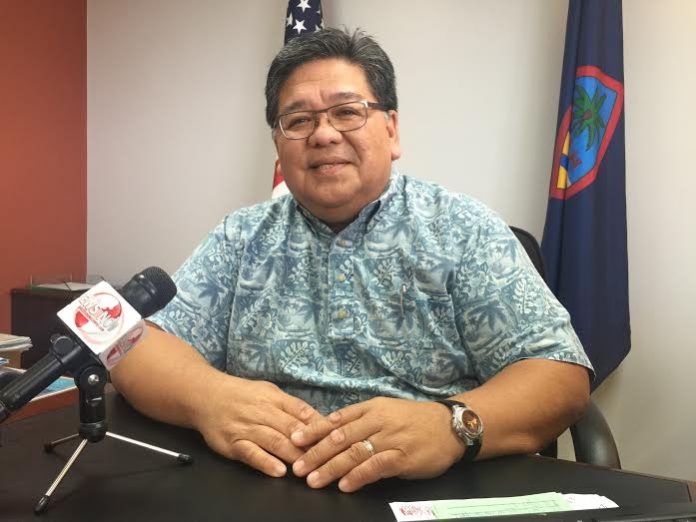 The CLTC has voted to begin terminating the lease with GRRP for property that GRRP has been trying use for a waste to energy incinerator. GRRP is behind over $107 thousand dollars in rent.

Guam – The Chamorro Land Trust Commission is going to begin the process of terminating the lease for the Guam Resource Recovery Partners or GRRP due to non-payment. GRRP has leased CLTC property for years with the hopes of building a waste to energy incinerator

“The commissioners in our meeting last week voted to begin the process to terminate the lease to hold GRRP in default for failure to pay for what amounts to roughly two years worth of rent,” said CLTC Administrator Mike Borja. GRRP owes the Chamorro Land Trust over $107 thousand dollars for CLTC property in Santa Rita. This is the site where GRRP wants to build a waste to energy incinerator. Borja says the last time they paid they dropped a check off and then stopped payment on the check. “We were actually having an agenda discussion to hold them in default because of a lack of payment at the time they owed about $44 thousand dollars and when the subject was brought up on the agenda a representative from GRRP presented a payment check to the commission and the discussion was over because we received our payment. When we deposited the check with the Department of Administration the next day they advised us that there was a stop payment done on the check,” said Borja.

The CLTC Administrator says that a couple of days later GRRP made a partial payment on the total leaving a balance of about $24 thousand dollars in rent. Then they stopped paying altogether and haven’t paid since.

GRRP President Wagdy Guirguis told the CLTC that he could hold the land trust commission in default of their license agreement because former CLTC chairman Oscar Calvo testified in a public hearing against them obtaining a Guam EPA permit. The license with the CLTC requires that the CLTC support the GRRP with obtaining the permits necessary for it to conduct business on the leased property. “But the Chamorro Land Trust Commission had never issued any motions or a resolution that was against a GRRP license and to this day we still have not,” said Borja.

The CLTC Administrator says they thought that they had come to an agreement last December when they again met with Mr. Guirguis. “We had come to an agreement that he would pay me the balance of what he owed the Chamorro Land Trust Commission and we would give him a letter that said verbatim right from the license agreement that we would support GRRP in obtaining any of their license and permits necessary to conduct their business. That agreement was then concurred by our own attorneys by his attorney as well and that his attorney was going to be in receipt of both his payment check and our letter. He never dropped off the payment check and he never got our letter,” said Borja.

So since last December the GRRP has simply not paid any rent for the property it is leasing from the CLTC. Now it is behind 24 months or two years worth of rent. “If they want to maintain their contract they have to make their payments and if they make their payments then we’re good,” said Borja.

As far as how long it will take to terminate the lease, Borja says they’re still reviewing all of the applicable laws to ensure everything is done properly. In the meantime he says, “Well we’re looking forward and looking ahead. If in the event this contract is terminated then we want to make sure that the land is still available for use for commercial use,” said Borja adding, “The area can be up to a light industrial use there’s a lot of potential that can be out there and there’s that kind of activity out there I mean there’s also a lot of growth going on and talk going on in the community about alternative sources of energy and that takes up some space.”

Borja says that the GRRP has not negatively impacted the land so the only real issue that the CLTC has with GRRP is their failure to pay rent.