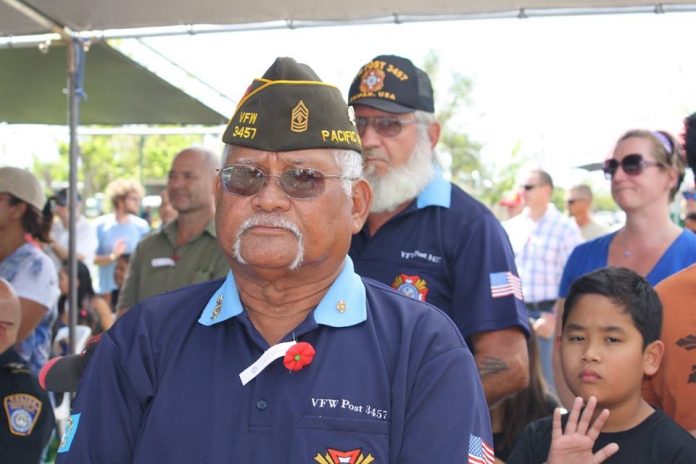 U.S. Veterans were honored in the CNMI with a special ceremony.

The Commonwealth of the Northern Mariana Islands celebrated Veterans Day on Saipan at the American Memorial Park this morning.

With music from the Saipan Pacific Winds Concert band and Marianas High School Chorus, dignitaries, veterans, and their families gathered to honor those who served in times of war and in times of peace.

CNMI Military and Veterans Affairs Director Joseph Palacios recognized the lack of benefits veterans on island receive, such as medical care. His office he says wants to change that.

Palacios, in his third week in office, also announced the NMI’s newly appointed Civilian Aid to the Secretary of at the Army Viola Alepuyo. Alepuyo, he said, will work closely with his office and the government to obtain more benefits for veterans. Acting Governor Ralph Torres expressed his gratitude for the sons and daughters who protect our freedom.

Keynote speaker Lt. Col. Gregorio M. Sablan Jr. expressed similar sentiments. Sablan recounted his experience in service and urged those in attendance to greet veterans and express their gratitude when they see them in the community.

Acting Governor Toress joined the community in honoring the islands veterans by laying a wreath at the memorial park, followed by the playing of the echo taps, in honor of those he described as every day heroes and a beacon of valor and hope for all 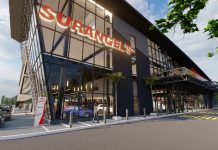 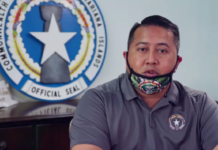