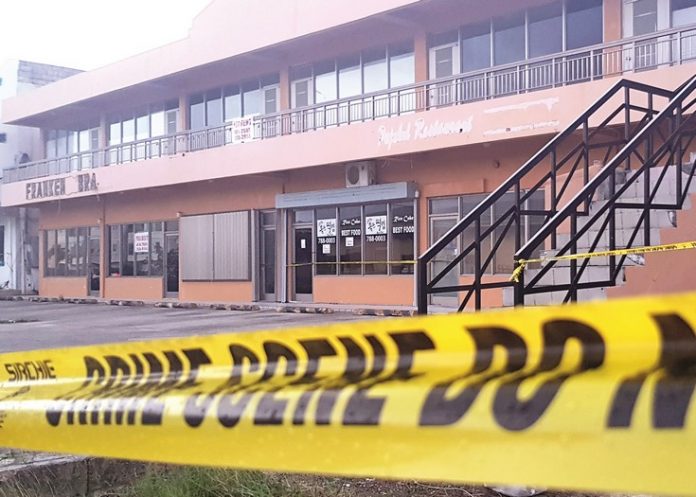 A medical examiner who conducted autopsies on two Korean women has confirmed what Saipan police have already concluded — that both women were shot to death and their deaths are homicides.

The CNMI Office of Public Safety announced the results of the autopsies in a release this morning.

The two women were found dead inside the Rice Cake Best Food Restaurant last month on Dec. 13. The Korean restaurant is located in the San Antonio area of Saipan.

The autopsies were conducted by Dr. Rachel Lange of Hawaii. Both Guam and the CNMI have been without the services of a medical examiner since the retirement of Dr. Aurelio Espinola last year.

The two women were identified as 43-year-old Ria Na Lim, who was the owner of the restaurant, and 53-year-old, Lim Hua Choi.

The motive for their murders is not known and CNMI police have not made any arrests.

Now that the autopsies have been completed, the bodies of the two women can now be released back to their families.

Dr. Lange also performed an autopsy on a decomposed body of a man found near Bird Island in Marpi back on Nov. 25 last year.

The release from the CNMI Office of Public Safety says that Dr. Lange was unable to determine the cause of death “due to the advanced state of decomposition.”

However, Dr. Lange did indicate that the victim had a fractured clavicle and several fractured rib bones on his right side, which are consistent with injuries from a fall. She also concluded that the man’s body had been in the water for some time.

The identity of the victim is still unknown, and there are no missing person reports.

An X-ray of the victim’s teeth and a DNA sample have been taken from the victim in the event that any dental or medical records of missing persons become available in the future for comparison purposes.