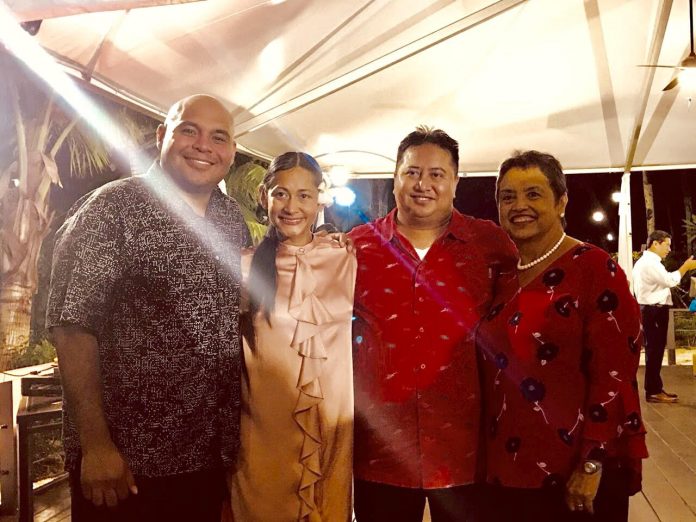 In a recent written statement, Gov. Torres stated, “Lou is a personal friend of mine. I spoke to her about continuing the partnerships between our islands and the collaboration between our governments. If given the opportunity to serve as governor again, I look forward to working with her to build an even stronger relationship between the CNMI and Guam.”

The storm-ravaged Commonwealth of the Northern Mariana Islands reportedly held its typhoon-delayed election on Tuesday. Gov. Torres had suspended his own active campaigning in the disastrous aftermath of Super Typhoon Yutu, as he lead the charge to get Saipan and Tinian up and running again. But the CNMI maga lahi had to get back into the swing of things, politically, for his participation as a candidate in the CNMI election, and in considering a course of action for commonwealth-territorial relations over the next four years.

“I also want to congratulate every single candidate who successfully won a seat in the Guam Legislature. This election for Guam was historic with the election of their first female governor and a record 10 female senators to the 35th Guam Legislature. The people of Guam have spoken, and I look forward to working with their newly elected leaders to usher in a new era of progress for the Marianas.”

The Lou and Josh transition team will be led by Dr. Mary Okada and Dr. Laura Souder. The team reported a smooth meeting between Governor-elect Leon Guerrero and Governor Calvo at Adelup on Tuesday. Meantime, PNC is still trying to meet with Lt. Governor Ray Tenorio this week to discuss the lieutenant governor’s plans moving forward, following his defeat in last Tuesday’s primary.