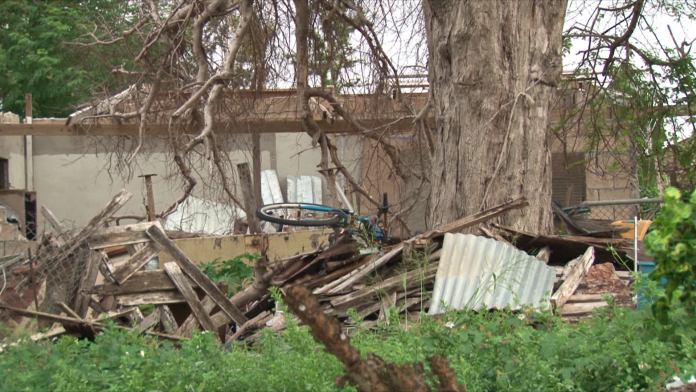 Saipan, CNMI – In a frank discussion with newly sworn in CNMI Lt. Governor Arnold Palacios, he acknowledges the decades of willful ignorance in the Commonwealth is now coming back to haunt them in the wake of a catastrophic storm.

No matter who you ask, the answer is always the same–Super Typhoon Yutu is the worst typhoon CNMI residents have experienced in their lifetime. Other typhoons have come and gone in the last three decades, but none have had quite like the wrath like the one unleashed by Yutu. That kind of fortune–being able to dodge catastrophic typhoons after catastrophic typhoon–became a recipe for neglect. Homes and buildings were built not up to code.

“For 25 years we didn’t have any major storm, nothing catastrophic. You see it veer off to Guam or somewhere else. And the reality of life, especially in the Marianas kicked in, that we are in typhoon alley and it was just something that we should have been on top of–we haven’t been,” says Palacios.

It’s a harsh reality to face and a tough lesson from mother nature herself, but Palacios says the Torres Administration is now doing everything it can to not just recover but to rebuild for the future.

“When we rebuild, we rebuild to a higher standard than we normally do and that building codes that we adopt are not just for convenience. There’s a purpose for it. And we learned that. I hate to say it but we did slack off a lot on those parameters,” notes Palacios. “To be brutally honest, we have been laxed in those regards.”

And now with the help of FEMA, the Small Business Administration, non-profit organizations and other federal agencies, Palacios looks forward to a time when Commonwealth homes will serve as the best protection against a storm.

“We will rebuild, I can say that. However long it takes,” he asserts. “In the meantime, while we rebuild our villages, our communities, our families, our homes, we also need to help rebuild our economy. We will work, this administration, as Governor Torres has been very, very open and very accommodating with the business community, we look forward to working with them very hard.”