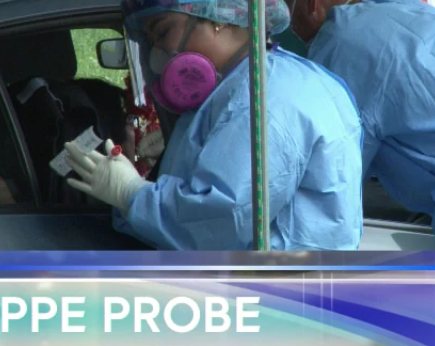 During an oversight hearing of the special committee on federal assistance and disaster-related funding, CNMI lawmakers scrutinized these contracts which were paid for by federal funds.

One of the contracts involved a reported procurement contract for medical supplies which was awarded to a Guam-based company — Royal Bics.

CNMI lawmakers raised price gouging concerns, saying that some of the items are priced higher than market prices.

When asked about the sole source procurement contracts, CNMI Homeland Security officials said that after the CNMI governor’s emergency declaration, the government had to find the quickest way to get these emergency supplies to the commonwealth.

The owner of Royal BICs — Bic Sobti — had a confirmation hearing yesterday with the Guam Legislature as a member of the Guam International Airport Authority board.

In response to Senator Telo Taitague’s inquiry regarding the CNMI procurement, Sobti answered the allegations, saying these are tough times and with the shortage of these supplies, the company had to get them at premium prices.