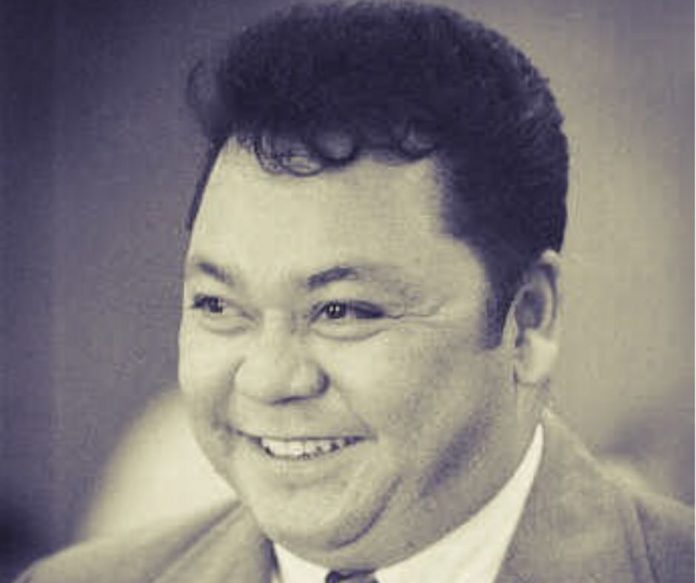 CNMI – A CNMI legend has passed away. The Commonwealth of the Northern Mariana Islands mourns the loss of former Governor Pedro “Teno” Pangelinan Tenorio, the only CNMI public official to be elected governor of the Commonwealth three times.

The late governor’s son, Perry Tenorio, told PNC the former chief executive’s advanced age and complications from a stroke contributed to his death this morning at 2:35 at Commonwealth Health Center in Saipan.

In a written statement, current CNMI governor Ralph Deleon Guerrero Torres said he, First Lady Diann, and their family join the Commonwealth in mourning the passing of the late former governor – and extend their prayers to his family.

According to Wikipedia, Teno attended George Washington High School in Guam and the University of Guam; worked as a school teacher, shipping executive, and a supervisor for a Naval technical and training unit.

Teno served in the House of Representatives of the Congress of Micronesia and became a member of the Marianas District Legislature. He was later elected vice president of the NMI Senate in the first Commonwealth Legislature. He was elected president of the senate in 1980 and sworn in as governor in 1982. He was reelected in ’85 and was elected as governor yet again in 1997.

“Governor Teno was a true statesman in every sense of the word,” Gov. Torres said. “His leadership qualities represented the people he served as he worked tirelessly to provide a strong foundation for our young Commonwealth. Heading into the new millennium, he addressed the government’s dismal financial condition, reduced the deficit, and generated surpluses during his third term as Governor. He oversaw the largest number of visitor arrivals to our islands and the peak of our Japanese tourism market. He improved our relationship with the federal government by seeking cooperation to help fix the Commonwealth’s labor and immigration. He also advocated for increased federal grant money to improve our islands’ infrastructure for the future, and it is represented every day when we walk into the Governor Pedro P. Tenorio Multi-Purpose Center, a structure named in honor of him.”

“Today we join former Governor Pedro P. Tenorio’s loved ones, Aunty Sophie and their family, in extending our love and respects to honor the life of a truly respected indigenous CHamoru statesman like no other,” former Teno cabinet member and policy advisor John Gonzales said.

“Gov. Teno exemplified rare qualities of an island leader with a larger-than-life presence and lasting impact—humble in all his demeanor, modest in all his actions, [he] loved and cared for his people as he loved his own family, and [was] respected by countless many near and far,” Gonzales said.

“I was privileged to work for him on his third term as a policy staffer and cabinet member and grew to respect him even more…I witnessed how Gov. Teno unequivocally loved his people—as he told me he was privileged to have served, and for which he’ll forever be grateful,” Gonzales said.

“He and his Lt. Gov. Jesus R. Sablan impressed upon me the timeless values of humility, being dignified in our demeanor, and being the voice of the vulnerable and disadvantaged through selfless public service.”

“But it was not just his service to the Commonwealth that made him special. It was his unquestioned love and passion for the Northern Mariana Islands and its people that made him memorable,” Gov. Torres said. “There were certain qualities about him that one could not find in many people, and Governor Teno had that and more.”