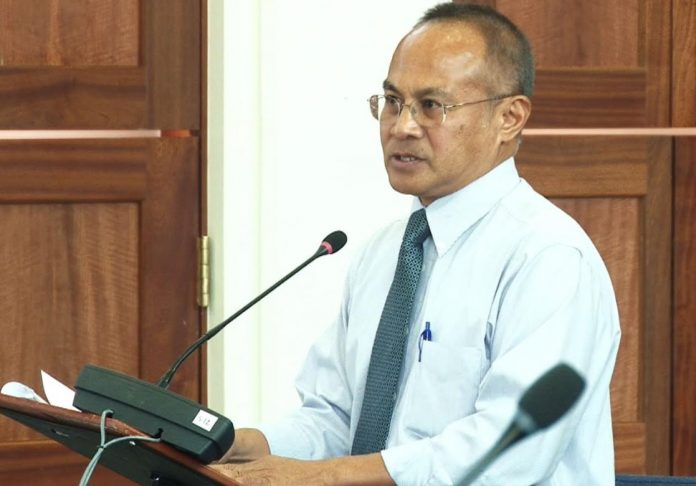 The five page letter details Espaldon’s alleged misconduct citing various trips to Saipan as well as his role as lead negotiator in the lucrative procurement project whilst serving on the Guam Legislature.

Guam – A formal ethics complaint has officially been filed against Republican Senator Jim Espaldon for his involvement in a lucrative procurement deal with a Saipan-based company.

A letter addressed to Speaker BJ Cruz and dated May 16 was provided to PNC by CNMI Representative Ed Propst.

“At the core of the complaint,” Propst writes, “is the role and relationship that Senator Espaldon had in a multi-million dollar RFQ with a company called General Pacific Services Marianas Inc.”

Propst had previously indicated that the first red flag in this deal popped up when a newly incorporated company called GPSM acquired a lucrative deal for the emergency contract in the CNMI. GPSM was trying to secure an $11.7 million procurement for a megawatt generator until allegations of a conflict of interest came to light.

The letter claims that “after fraud and numerous conflicts of interest and possible collusion were revealed through confidential informants, the RFQ was finally cancelled.”

The five page letter details Espaldon’s alleged misconduct citing various trips to Saipan as well as his role as lead negotiator in the procurement project while serving on the Guam Legislature.

You can read the ethics complain filed by Congressman Propst by clicking on the attached document below.