Guam – A posting on cnn.com features Guam’s judo competitor Ricardo Blas Jr. in an article entitled “The Underdogs: The True Heroes of the Olympic Games”.

The article by CNN’s Ben Wyatt, notes that Blas made history by defeating Facinet Keita of Guinea in the first round and thus became the first Olympic competitor from Guam to progress to the second round of an Olympic event.  [but]

Blas told CNN after his victory: “It was a win, at the Olympic Games of all places! It was an amazing feeling and it was the first for Guam as well. I’m happy about that .. In all bar [but] two Olympics since 1988, we’ve always had a representative from Guam in the judo, and they’ve usually been from my family: my Dad, my first cousins and now I hope to keep that going.”

In the second round, Blas fell to Cuba’s Oscar Brayson, telling CNN afterwards: “A loss is always bad but I have no regrets because I fought my hardest, I left it all on the mat, so I feel ok. I always wish I could have done better and gone further, but that’s now my prep for the future.” 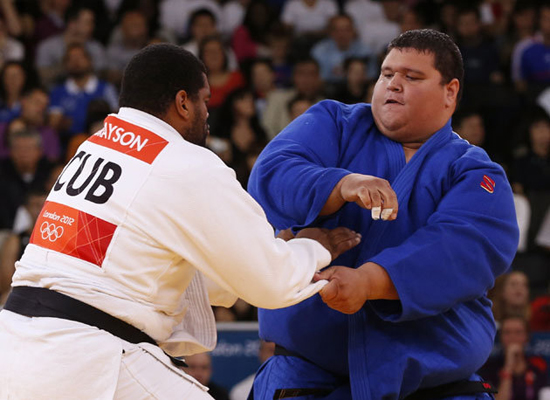 The Underdogs: The true heroes of the Olympic Games