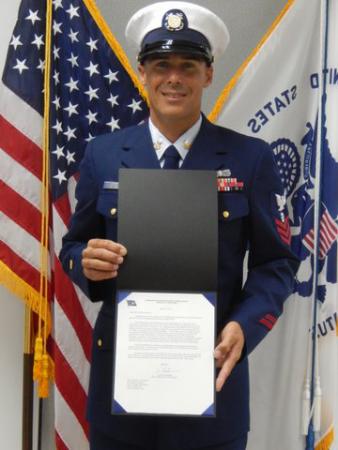 The EPOY Program is designed to recognize exemplary men and women from the active and reserve enlisted work force who are top performers and reflect the Coast Guard’s core values of “Honor, Respect and Devotion to Duty.”

Considered the “best and brightest” from the field, these individuals are selected by a panel of senior enlisted members and evaluated against a set of established criteria that includes performance, work ethics, military bearing, standards of conduct and a strong community service commitment.

These regional winners are eligible for national honors along with their peers from other Coast Guard regions across the nation. The Master Chief Petty Officer of the Coast Guard, Michael Leavitt, will recognize the national winners in an award ceremony later this sprin