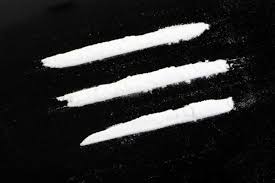 Guam – Attempts to smuggle contraband into the Department of Corrections continue as drugs were discovered in an envelope addressed to an inmate.

The envelope was addressed to an inmate and contained a small, sealed plastic package with a white powdery substance identified as cocaine.

She could not confirm if the inmate the envelope was addressed to was arrested as the matter is under investigation.

Baltazar states that DOC is working with GPD’s Mandana Drug Task force on the case.