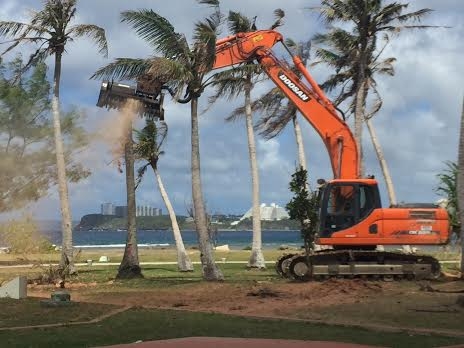 Buena Vista Environmental provided the service free of charge and also planted 40 coconut trees to replace the ones that had to be cut down.

Guam – Over a dozen coconut trees that were killed by the rhino beetle in Paseo were cut down and turned into mulch in one fell swoop.