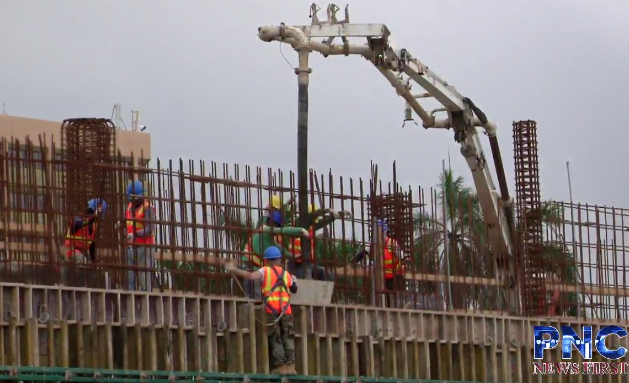 The list of projects include initiatives funded under the COFA (Compact of Free Association).

The FSM submitted for JEMCO‘s consideration an allocation of $2.11 million for two health sector projects, according to information provided in a release by the FSM government. From that amount, around $1.61 million is dedicated for mass tuberculosis screening and related treatments of cases in the islands of Weno, Tol, and Polle in Chuuk State.

The remaining $500,000 is allocated for funding the FSM Key Performance Indicator (KPI) Project, whose purpose is to improve the management and reporting of health data and to support informed decision-making in areas such as healthcare prioritization funding and diagnosis and treatment.

The mid-year meeting also included an update on the progress of the FSM’s public sector infrastructure program. It is projected that the FSM may see 8 major infrastructure projects, worth nearly $44.5 million combined, begin construction by Nov. 2019. An additional fifteen projects, worth nearly $53.4 million combined, may begin construction by Nov. 2020.

JEMCO also discussed planned improvements to address the ongoing electric power crisis in Pohnpei State. Around $1.3 million in COFA assistance was allocated in Aug. 2018, to support the overhaul of two generator sets and installation of cash-meters. The plan is to start operating the generator sets by July 2019.

In accordance with the COFA, JEMCO also consults with U.S. federal grant providers and conducts reviews and evaluations of grant allocations and their related objectives.

JEMCO was established to strengthen the accountability of funding assistance received under the Compact of Free Association (COFA).