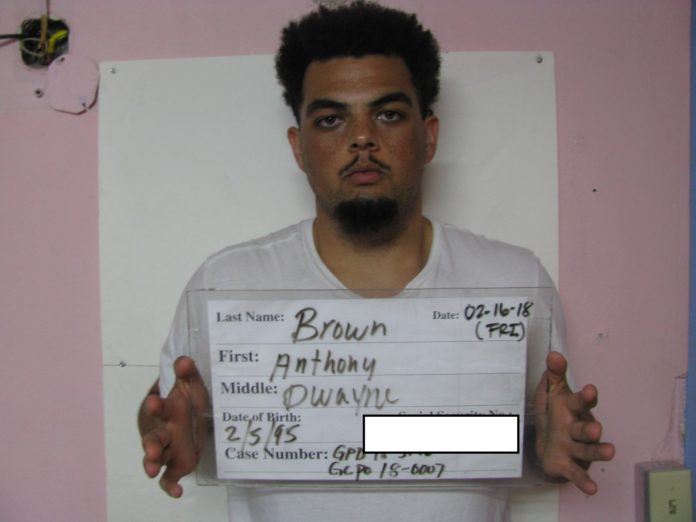 Guam – A college student is behind bars facing charges related to drug smuggling and money laundering.

Anthony Dwayne Brown Jr. attempted to have 122 grams of marijuana mailed to him from Washington. The package was intercepted and replaced with sham product and a electronic trigger to alert authorities if the package was breached, it was then sent on its way to the University of Guam Post office.

Court documents state that the package was picked up by Brown who then took the package to his dormitory. Police say that the signal from the electronic trigger was activated and that Brown was found in his room holding the sham drugs. Further stating that Brown admitted to arranging for the drugs to be sent to him from a contact in Washington.

A search of Brown’s room revealed a small amount of marijuana, drug paraphernalia and three Western Union wire transfer receipts indicating the sell. According to court documents, Brown also admitted that one of the receipts documented a payment to the person in Washington in return for sending the drugs.