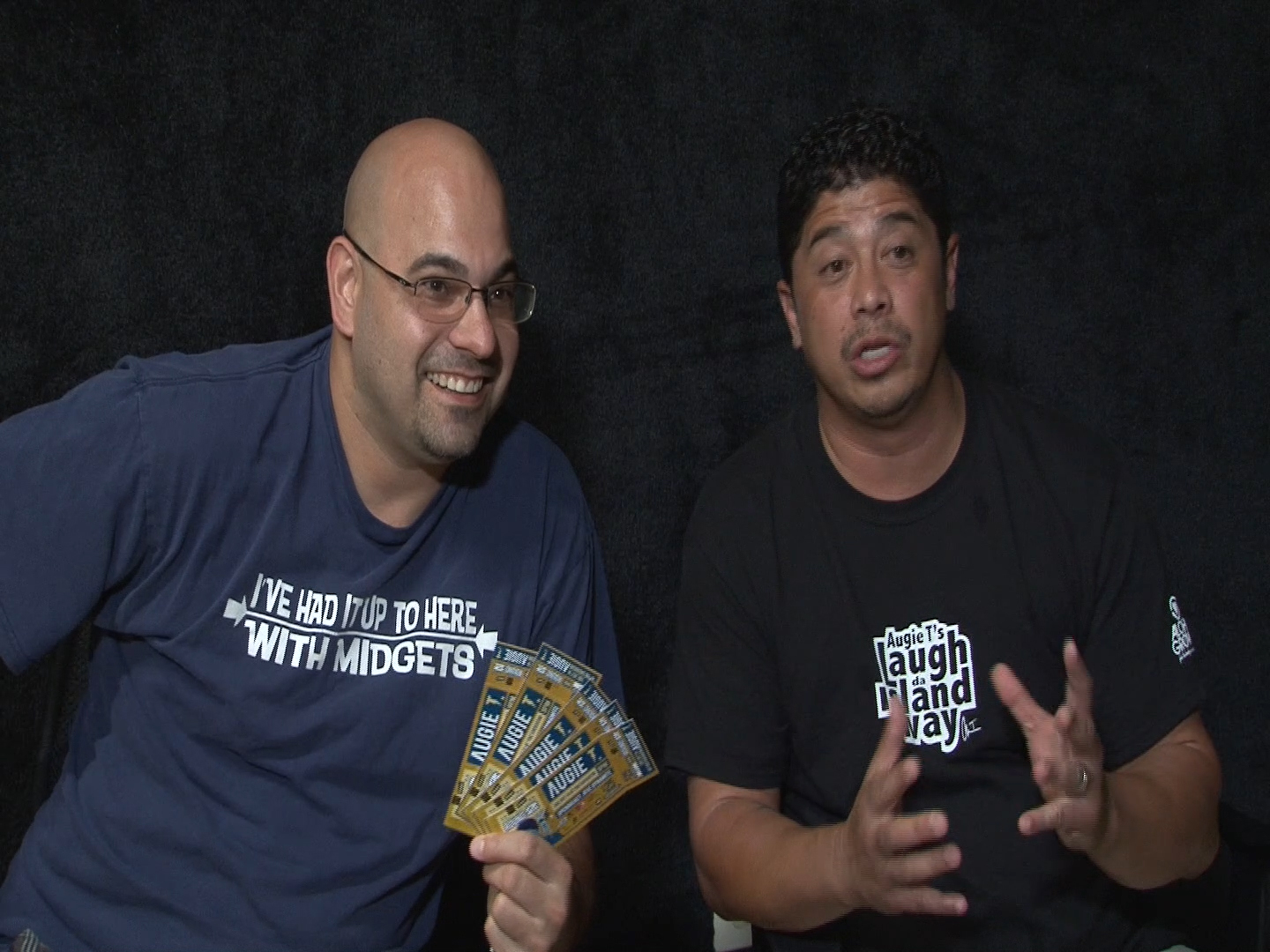 Comedian Augie Tulba will be performing at the Sheraton this Saturday along with opening act comedian Jose Dynamite.

Guam – Hawaiian born comedian Augie Tulba is back on Guam for what might be his last performance on the island.

Tulba is planning on running for Hawaii’s state senate and if he wins he’ll call it quits for comedy. He’s been coming to perform on Guam for the last 20 years. Tulba’s opening act is Jose Dynamite.

“Okay so you can catch our show, this is where I let the token Haole guy do all the logistics take it away,” said Tulba. “Alright the show this Saturday night we have two shows 7pm and 9pm over at the Sheraton and tickets are gonna be 25 dollars. You can pick them up online at guamcomedyseries.com or you can pick them up at Circle…K. 76 Circle K locations and I actually have a stash of tickets on me so if you happen to run into me and Auggie, let’s say you follow Auggie on Facebook and you see us you can pick tickets up from me 25 dollars and I do take credit cards,” said Jose Dynamite.

“So, I had a line on Guam before I had a line in Oahu so that was kind of cool so it’s like it’s only fitting that if I’m gonna end I might as well end in a place where it all kind of started for me,” said Tulba.

Again. you can catch Auggie Tulba and Jose Dynamite tomorrow night at the Sheraton at 7pm and 9pm. The race begins at the Chamorro Village in Hagatna.