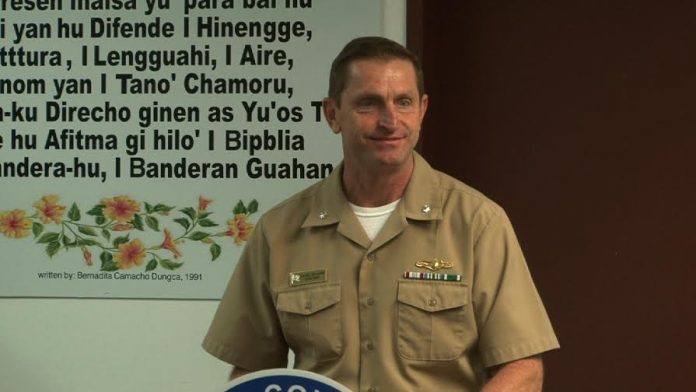 Final SEIS Will Be Released Early This Year

Navy commander Daniel Schann took the helm of Guam’s JGPO office just ten days ago but he says he’s looking forward to continuing the mission of JGPO which is to facilitate manage and execute the requirements of the Environmental Impact Statement (EIS) that is required for the Guam military buildup. DOD already completed an EIS for the buildup but is now in the final stages of it’s Supplemental Environmental Impact Statement or SEIS. The JGPO director says the SEIS should be released early this year. “Today I was granted the opportunity to meet with the mayors council of Guam a very unique and privileged experience. I welcomed them to engage the JGPO office and to be available and to ensure that we have transparency and we conduct ourselves in keeping with the Navy’s core values of honor courage and commitment,” said Commander Schann adding, “My bride Linda and my dependents and I are very excited to be here. We’ve lived in Houston for many many years and we’re very excited to be here with the people and the climate. It’s the summer that never ends.” Commander Schann says the Record of Decision (ROD) for the SEIS should also be released this year as well.